RE Class Descends into Cannibalism 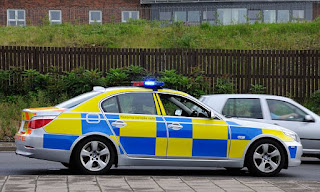 ROYFIELD, England – A Religious Education class at Patrick High-School, north of London, has begun frog worship and spear warfare. There has also been rumours of cannibalism at the school, something loal police are looking into. The unusual behaviour appears to have grown from the curriculum of one RE teacher who began teaching British Values – minus the Christian influence.

‘We should not force Christian ideas down the throats of those who come from homes of different faiths or no faith at all.’ Noted the RE teacher Brigitte Doodlesmith. ‘In order to teach an uncompromised British Values class, I had to look back to what British values were like before Christianity came to these Islands. As an ideology, Christianity really is a foreign way of thinking.’

When asked about encouraging the students to spear fight in the nude she quickly responded, ‘That’s a gross exaggeration. We are historically British about this - they wear body paint.’

When I pointed out the lack of text books Doodlesmith noted, ‘One of the things that Christianity imposed on us was literacy. Anglo-Saxon culture traditionally had little place for books. In our efforts to be truly British, this year we’ll be taking exams with finger paint.’

When asked if she was anti-Christian she spoke moderately, ‘Oh no. Christianity is fine for other cultures – it’s just not historically British. Christianity grew up in the Middle East – Jesus was certainly never meant to be a white man’s god. He’s culturally foreign to Western society as a whole.’

During the interview, Doodlesmith received word that a boy had been injured during a session of Anglo-Saxon tribal combat. ‘Aren’t you going to take him to the hospital?’ I asked.

‘No. It was Christians who really spread the use of hospitals here. Fortunately we have some 6th formers who a focusing on ancient Wiccan healing spells.’ Doodlesmith then added ‘He’ll need to recover and take vengeance. Anglo-Saxon culture was traditionally an honour bound society. This whole ‘Forgive your enemy’ stuff has no place in a Britain that has cleansed itself from this warped, Eastern ideology.’


Asked about the police and the cannibal rumours she replied, ‘We don’t go out of our way to encourage that sort of behaviour. But it is true that the Druids used to eat people’s brains in an attempt to grow in knowledge. We are telling our brighter students to take care – just as a precaution. We trust the officers will find nothing objectionable.'

Email Post
Labels: re class without christianity was britain pagan what are british values?