Why did God Create Sex?

THANKS TO STATE SPONSORED sexual education and the internet, our generation knows a lot about various sexual practices. Probably far more than we’ll ever engage in ourselves. But though we may be well versed in the mechanics of sex, we are tragically ignorant about the purpose of sex.

Why Create Sex?
Most Christians are rightfully taught that sex should be reserved for marriage. But many of them find it difficult to explain why this is so. Did God randomly decide to do it this way? Did He outlaw fornication on a whim?

Many of us struggle with what the Bible says about sexual sin because we lack a concept of sex’s purpose. In traditional societies, the purposes of sex and marriage were understood to be for reproduction and social stability. This response ultimately fails to communicate God's purposes in sex, but few people reading this article come from such a society.

Among us 21st Century Westerners, it is different. We err in another way. We assume that sex has whatever purpose our feelings choose to give it. We might say that sex has something to do with being in love, but we would be coy to say it has a universal purpose that applies to all humanity.

One of the difficulties with this modern, post-Freudian view is that, if sex’s purpose is simply found in our feelings, we cannot say there is any right or wrong way to engage in sexual activity. After all, what feels right to you may feel wrong to me. Also, our feelings change. I may say that adultery is wrong early in my life, but if I find myself in a loveless marriage when I get older, perhaps my feelings will tell me that a passionate affair is ok. What I once proclaimed to be a moral turd, I may suddenly begin to try and polish into a romantic box of chocolates.

This is why sex needs an ultimate purpose that doesn’t depend on our feelings―which are usually predicated on current cultural ideals and our own circumstances. Without real purpose, it’s as if you were riding in a car with a navigator who constantly told you to turn left or right―but never actually told you where you were going.

But God has given us light. We do not have to sit in the shadows with our sexuality being guided by crooked promptings and twisted tales - be they traditional or modern.

The Sacrament of Marriage
For this reason, a man will leave his father and mother and be united to his wife, and the two will become one flesh.” This is a profound mystery—but I am talking about Christ and the church. -Ephesians 5
First of all, marriage is a sacrament. Those of us who are Protestant often cringe at the word ‘sacrament’―especially if it’s applied to anything other than communion or baptism. But the term is fitting for human sexuality―if we use it in its proper sense.

When God presents Himself as the husband to His people, He is not spontaneously choosing a metaphor. He did not think, ‘Hmmm, let me see… how can I explain my plans to these humans? I know! Marriage! They really seem to be into that.’

No. Rather, God has a purpose for sex that stretches from Eden's first sunrise to the world's last night. He knew that He was going to redeem a people for Himself. For that reason, He created marriage as a symbol (sacrament) of where He was going to take history. He gave us weddings so that we could look forward to the real, eternal wedding when our faults and sorrows are forgotten, and we forever smile.

The next chapter expounds this division in more detail:
The Lord God fashioned into a woman the rib which He had taken from the man and brought her to him. The man said, “This is now bone of my bones, and flesh of my flesh. She shall be called Woman, because she was taken out of Man.” -Genesis 2

Genesis affirms radical similarity between man and woman: ‘She is bone of my bone, flesh of my flesh.’ It also affirms radical difference between the two: ‘She shall be called woman because she was taken out of man.’

Our Bodies are Designed for a Purpose 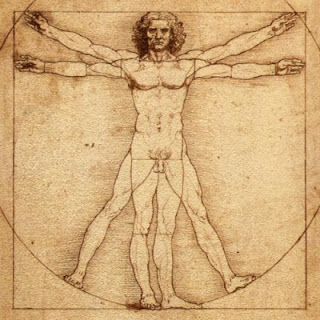 Our bodies are created by God and we will give account to God for how we use them. As Christians, our bodies are ‘doubly’ God’s. He has brought us back to himself through the blood of Christ. Our bodies are to be ‘offered up as a living sacrifice, holy and acceptable to God’ (Rom12.1). Our bodies, including our genitalia, have a purpose.

Marriage and Sex
Both traditional and modern values such as children, intimacy, social stability, and happiness are all gifts connected with marital sex. But they are not the ultimate purpose. Rather, these gifts flow from sex’s ultimate purpose: to display God’s eternal plans of redemption.

God initiates an enduring covenant with His people just as a man takes a wife in a lifetime commitment. In marriage, the man and the woman cross the mysterious gender divide to become one, just as God and humanity mysteriously become one through Christ.

As the husband enters into the woman to release his seed to bring life, so God sends His Word into humanity so that we can be born again. Those unfamiliar with the Biblical teaching may think such a comparison weird. But it is a key teaching of the New Testament:
For you have been born again not of seed (Gk: spora) which is perishable but imperishable, that is, through the living and enduring word of God. -1 Peter 1.23

This why CS Lewis argued that, before God, we are all female. (God is never referred to as the ‘wife’ of His people―or even the ‘spouse’. He is always the ‘husband’. There’s a creational, gender-based reason for that.)
Inadequate Answers
This is why descriptions by popular commentators, like Martin Saunders in Christian Today, where he says that God created sex to ‘bring intimacy between two people exclusively in love with each other’, fall woefully short of the mark. Sex is not simply to help two generic humans who feel ‘in love’ feel closer. If we base our sex on feelings, we are simply marching to the gallows of our own foolishness.

In sex, the unique gender of each partner is an essential dynamic. In Scripture, there is 'man' and 'woman'. There are no cookie-cutter 'people'. The male-female covenant represents the diversity necessary to point to the even greater union between (the very different pair of) God and humanity at the end of time.

The ability of a man and woman to create new life together is also key. In our age of birth control, it is trendy to divide sex, marriage, and children into separate, airtight containers―like they had nothing to do with each other. But they do. Many activists will stop petting their unicorns and pretend to be appalled at this idea. But the fruitfulness of the sexual union was part of God’s design. Had God wanted to separate the joy and intimacy of sex from the ability to reproduce, He could have. But He didn’t.

That sex should happen exclusively in marriage is yet another essential dynamic. Outside of this covenant, we are communicating sexual heresy. We are saying with our bodies I give myself completely to you, but legally, publicly, socially, etc, this is not the case. It is a sacramental lie. It is fake sex.

For the Sacrament of Marriage to communicate what God intended, it demands male-female diversity, the possibility of new life, and a total life commitment.

Goodness
Starting in the garden, the Enemy's greatest tactic in his war on humans has been to make us doubt God's goodness. There are few areas where this is more evident than his constant questioning of God's goodness in human sexuality. This is the great spiritual battle of our generation. When we are able to articulate the divine purpose and goodness of our Father's design for human sexuality, we will find new strength and grace to overcome the sexual sin in our midst and walk in greater spiritual power. But, if we disbelieve God's goodness on this point, then the laughter of hell will be our reward.
(Download a FREE e-copy of our book: Elijah Devotional)
___________________