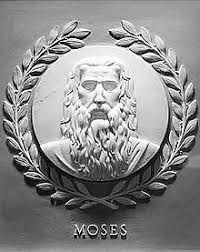 If you are just joining this discussion, please be aware of the introduction in the previous post.  I have been asked by an old friend from USA to share from Christian Scripture on the issue of gender roles.  Dave, Fran, Naomi and others having been weighing in with their views and everyone is welcome to do so as long as they do it respectfully and charitably.

When Jesus was asked questions about gender/marriage/sex he pointed to Moses.  An example would be in Matthew 19 when asked if a man could leave his wife to chase after someone else who caught his eye. Jesus responded by pointing to Moses' teaching as normative and, for this man, corrective.    Next time I will focus on exactly how Jesus quoted Moses in this regard by looking at Genesis 1-3, but today I want to give a mere sample from Moses' teaching for men (husbands particularly) on their gender role.

First of all Moses calls the able-bodied men to front line combat when necessary.  Here is but one of many examples: "...every male individually, from 20 years old and above-all who are able to go to war in Israel.  You and Aaron shall number them by there armies."  Now women did play a role.  Deborah was the prophetess who encouraged the army and Jael was involved in an assassination, but front line combat was, under Moses, reserved for men.

Fighting for your children and wives was seen as a husband's role. As a prophet would later say, "Fight for your brethren,  your daughters, your wives and your houses." Neh.4.14  This is not to denigrate women, but rather to simply say that men and women are strong in complementary rather than inter-changeable ways.

If I use the expression, "That went over like a lead balloon", I am not insulting lead which has many admirable qualities.  It's just that being balloonesque is not one of them.  Similarly, no soldier wants to be told he throws hand grenades like a girl.  And no mother wants to be told she rocks her baby to sleep like a team of Navy Seals.

So the role of bloody violence is one that belongs to men... at least according to Moses whom Jesus pointed to.  Moses does not stop there though.  In a verse regulating and restricting polygamy he writes:


"If he takes another wife, he shall not diminish her food, her clothing and her marriage rights." -Ex 21.10
According to this, a man has a role before God to make love to his wife regularly, to keep her kitchen full of food and to make sure she has all the clothes she needs instead of wasting all their disposable income on video games.  Yes, this a law about polygamy, but we can reason a fortiori from this.  If an OT polygamist was required to do these things, how much more a NT monogamist who is instructed to love his wife as Christ loved the church?
Rev. Dave argued in the last blog response that gender roles are entirely man-made.  Though I agree they are often man-made (real men drive muscle cars, chase lots of women and drink excessively, etc.) I hope this blog has at least put forward some evidence to be considered that Moses did indeed have some gender/marital role in mind for a man.
Next time: Jesus' specific quotes of Moses.  Please leave your thoughts and responses below.
(Download a FREE e-copy of our book: Elijah Devotional)
Email Post
Labels: feminism gender roles husbands Jesus men military Moses war