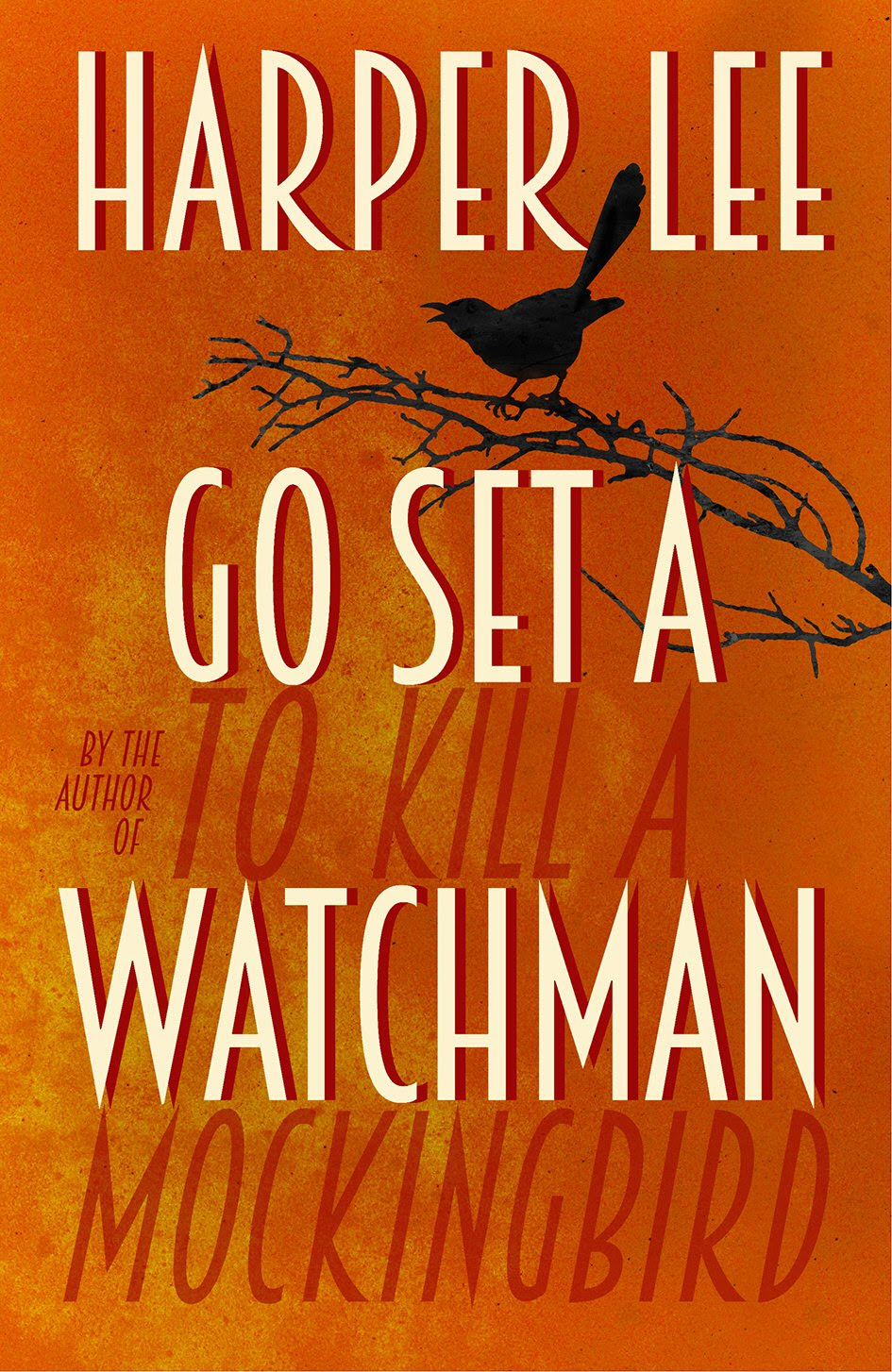 Harper Lee - that Southern mistress of wordsmithery – has unveiled Go Set a Watchman fifty-five years after her wildly successful To Kill a Mockingbird. Harper wrote the sequel first - even though the events described in the book occur nearly twenty years after the trial described in Mockingbird – just so we could be confused as well as impatient. The title is taken from the Bible,

I enjoyed this book. Of course, there are the charming turns of phrases and the delectable word choices - that are all but cliché - that come with, well, reading a genius. But it was more than just the verbal bonbons that caused me to relish the book – it was the actual narrative.

The story is that of the spiritual journey of Scout - now a young woman in her mid-twenties. She is visiting Maycomb from her new home in NYC and is (debatably) in love with a man – in that complex, feminine way that my gender will never fully understand – who is an old childhood friend who is now being mentored in the legal practice by her father. The story takes place over the course of her first week back in Maycomb – a week in which her whole world falls apart.

The key relationship in the story development is with Atticus – the man who is both her biological and spiritual father. Ever since the trial she witnessed in her childhood – the one in which Atticus defended a young black man accused of raping a white girl – Atticus had been her standard of all that is right and good. Her conscience has been bound up with his – he has been her moral superman. During the first week of her holiday back, her conscience is ripped from his and we watch her world fall apart as she stands ethically opposed to the one she has long looked up to with daughterly admiration. Lee writes,

The one human being she had ever fully and wholeheartedly trusted had failed her; the only man she had ever known to whom she could point and say with expert knowledge ‘He is a gentleman, in his heart he is a gentleman,’ had betrayed her, publicly, grossly, and shamelessly.

The issue is segregation – and how to deal with it. Atticus chooses – what he believes – is the wiser pragmatic approach: changing the system slowly from within. Scout sees this as a compromise and a selling of his soul to pure bigotry. He even makes some comments about the black community that sound patronising. This moral disagreement causes her to loathe her father and her boyfriend whom she sees as a being too influenced by her father. In the final pages of the story, she learns how to relate to her father anew. She must now embrace spiritual as well as physical adulthood and relate to Atticus – no longer as a fatherly superstar of justice – but as a fellow human and friend. A friend with feet of clay.

In the Church, we need fathers. The apostle Paul writes, ‘I became your father through the preaching of the gospel.’ (1 Cor. 4) We are always in need of spiritual mothers and fathers who can raise and mentor the emerging generation of Christians.

Discovering a spiritual parent can be a breath-taking experience. We find someone in whom we see so much of Jesus that we sit under them in the hopes of transforming more into the Jesus we see in them. This is a needed experience - especially early on. But at some point, God shows us that this spiritual parent is also a sinner. Though Jesus may shine brightly through this man or woman, they are not Jesus – they cannot save. We need this experience of disillusionment to rescue us from the idolatry of man. John the apostle himself had to be rebuked for worshiping the angels who were instructing him (Rev. 19, 21).

When we discover the shortcomings of our mentor, we can easily begin to despise him (or her). We can swing from adoration over to moral rejection of our hero. Learning to relate to that father as a fellow disciple and friend is not just a journey that Scout went through, it is one that most Christians who pursue growth in Christ will have to go through. There is only one perfect Father. It's him we must all learn to look to.

I have been around long enough to be on each side of this parent-child remoulding.

It is not easy either way.

Or, you can get the whole book off Amazon: Here in the USA  or Here in the UK
Email Post
Labels: atticus bigotry book review Father Go set a watchman Harper Lee mentor Mockingbird racisim scout theological