Is 'Forgiving Ourselves' a Christian Concept? 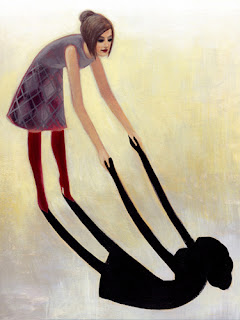 When I hear people use the line, 'You need to forgive yourself', I usually respond like a negligent zoo keeper who watches a baby penguin step on ice for the first time – I just let it slide.

But perhaps my coffee was especially strong earlier this week when I read the comment yet again. I felt stirred to have a closer look at this turn of phrase. Over the last few decades, these words have worked their way into our pop-culture and are frequently given to people struggling with chronic guilt and shame. Perhaps you have come across many who testify personally to the power of ‘forgiving yourself’ – both Christians and non-Christians. Though many speak well of the practice, I have one lingering concern about the phrase and the paradigm it helps create:

It’s not actually in the Bible.

Nowhere in Scripture are we exhorted to ‘forgive ourselves’. It’s simply not there. Not only that, I can’t find any Christian leader from Church history even mentioning it until the late 20th Century. Now some point to verses that they think contain the general idea. They may say that Paul wrote of our need to ‘forget what is behind’ (Phil. 3). Yes, he did. But in the context Paul is referring to past successes – legal righteousness - not past sins per se.

Or Mark 11 where Jesus says, ‘And whenever you stand praying, forgive, if you have anything against anyone, so that your Father also who is in heaven may forgive you your trespasses.’ Some would suggest that our very selves might be included here under the term ‘anyone’. But we must ask - in the context, do we really think that was Jesus’ main point? Secondly, even if we are open to including that possibility, is that really the strongest Bible verse we have for creating this practice of ‘forgiving ourselves’? If that stretch of an application is all we have – perhaps we need to look closer at our terminology.

‘But what about all the testimonies?’ That’s why I believe it’s so important to have this discussion. Something spiritually powerful is obviously happening. Most people have struggled with guilt and condemnation at some point. Many Christians – years after a failure – still find it hard it hard to feel forgiven. Those who speak of forgiving ourselves aren’t teaching the latest silly trend - they are trying to convey something of real substance. They are not false teachers - they are speaking about life-changing truth, but with a less than ideal terminology. We should not hinder the goal of this teaching, but we should ask: Is there a more accurate way we can communicate what’s really happening under our spiritual hoods?

I believe the key to understanding our lingering sense of condemnation is to understand the first commandment: have no other gods before me. We are constantly looking to gods other than the one true God who created us and who came to save us. The Bible refers to these other gods as ‘idols’. At any given point in our lives, we have some idol fighting for the loyalty of our hearts. We are repeatedly tempted to find our security and a sense of self-worth in something other than the grace of Jesus Christ. So often – as Christians - we live with divided hearts. We get our sense of security from God – but also from our success in a certain field. We get our sense of self-worth from God – but also from that romantic, friendly or familial relationship.

Follow me so far? Here’s where the lingering sense of condemnation comes in…

Jesus Christ is the only one who – if you serve him – will forgive you when you let him down. He died for your sins. Your career won’t save you. Your romantic engagement or friendships or role as a parent - these things don’t forgive. Your success and performance will never be sufficient to justify your existence. That is why so many Christians often struggle with not feeling forgiven: part of their heart is trying to obtain security from an idol – from the works of their hands – rather than as a gift from Jesus.

This is why we may hear a man say, ‘I can’t forgive myself for cheating on her.’ You know the story: a man was infatuated with a woman and then – in a moment of foolishness – he cheated on her and she left him. He was living for a relationship with her. When he failed that relationship, the relationship didn’t forgive him. Idols don’t forgive.

Or what about the man, who lives for his job and then blows a presentation, resulting in the loss of a promotion? He says, ‘I can never forgive myself for doing so poorly.’ It would be more accurate to say that the job that you were living for will never forgive you. It can’t. It didn’t die for you.

Or what about the woman, who makes poor choices as a parent and - as a result - her child is rebellious. ‘God may forgive me, but I can never forgive myself for how I failed as a mother.’ It’s the idol of motherhood that can’t forgive. Good mothering cannot justify your existence - only Christ.

Idols are based on our performance. The technical word here is ‘self-righteousness’. We want to feel like we are good people in and of ourselves. But then we go out and fail in ways we never thought possible. We ‘let ourselves down’. Our pride (that is our view of ourselves as being good people apart from the free gift of goodness the Jesus gives) is hurt by such foolish sins. When we say we ‘cannot forgive ourselves’ shouldn’t we be asking why we are looking to ourselves in the first place? According to Isaiah, our own self-righteousness is filthier than a ‘used menstrual cloth’ – let’s not try to reconcile ourselves to that. Perhaps our lingering guilt only shows that we are still hoping to find goodness in our own record and not fully receiving the free gift of righteousness and forgiveness that comes as a gift from Jesus?

Do we need healing? Yes. Is the paradigm of 'forgiving yourself' the best? Probably not.

It is unbelief in the finished work of Christ that may be what causes us to look to other things – and to ourselves – for the forgiveness only God can give. Trust in him fully to justify your existence – forget about yourself and how bad you are – and experience the freedom of him being your everything.


‘Therefore, there is now no condemnation for those who are in Christ Jesus, because through Christ Jesus the law of the Spirit who gives life has set you free from the law of sin and death. ’
– Rom 8.1

For more on living with godly courage in an ungodly and intimidating nation, please check out our book Elijah Men Eat Meat: Readings to slaughter your inner Ahab and pursue Revival and Reform
Email Post
Labels: break free of condemnation forgiveness forgiving yourself forgiving yourself a christian idea freedom from idols how to forgive myself not in the bible