Of the Transphobe Bruhaha, Rapists and Supermen 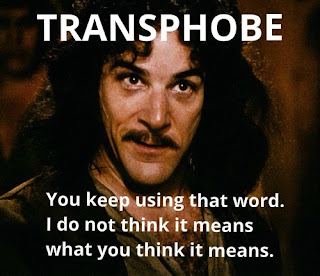 Contrary to much of what we see on social media, the current debate is not about transphobia. Now, I’m sure that there are a handful of people out there who genuinely hate or are afraid of ‘transgender’ people (the correct meaning of the term) - but I have yet to meet any in person. So let us not be those who are ignorant of definitions nor those who simply retreat to the more comfortable country of name calling rather than actually engage in intelligent discussion. Quickly throwing out 'bigot' or 'transphobe' is a hand grenade to real dialogue.

The current brouhaha was stirred when Australian feminist Germaine Greer made the claim that Bruce Jenner (who underwent surgery in attempts to become a woman and who now goes by the name of ‘Caitlyn’) is *gasp* not actually a woman. For sharing her view - and the view of the majority of us who live on planet earth - this secular feminist has been vilified with some of the most hateful terms and slurs that the LGBT-jihadies can come up with. Though not true of all in the LGBT community - there are many who will not be satisfied until everyone praises their position. (Though this is - in a  sense - true of other groups, they do not have the same organised media power with which to silence their opponents.)

The question centres on the ability of a person to change their identity. To what degree are we what we feel like? Some of you may disagree with Greer. You believe that if a person feels themself to be of one gender, that they ought to be recognised as such or at least have the freedom to undergo a surgery making them so. You hold to the radical notion of the liberty to self-identify. At first glance, there seems to be something noble in that. But let’s ask ourselves some honest questions.

If a man feels like a woman, does that make him woman? Does this only go across the gender divide? Could it go across the species divide? If I sincerely feel that I am a feline born in a human body, should I have the right to be recognised by society as a cat? This may seem comical to you, but an acquaintance made this sincere comment on FB, ‘I think if Greer really wants to identify as a cocker spaniel then she should be allowed to do so, and her doctor should give her all the help that they [sic] can.’ 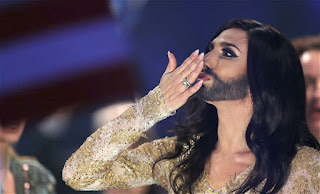 At what point will we cease to grant the right to self-identify? What about race? As I wrote about earlier in the year when white woman Rachel Dolezal claimed to be black - because that’s how she felt - she was vilified by the same media that praised Jenner. (See here) Why can’t Dolezal self-identify across the racial divide and be accepted for it?

Leaving behind gender and race, what about behavioural interpretation? I know rapists in prisons who self-identify as heroes. They sincerely believe they were helping their female victims. Do we allow them the right to self-identify or do we sit them down and help them come tot he knowledge of the truth?


It used to be that when a man claimed to be superman, we gave him a psychiatrist and tried to help him adjust his thinking to reality. Now, we give him a cape and try to help reality adjust to his thinking. Instead of helping someone out of their confusion, we affirm them in it. We now take the easy way out.

Greer made two rational points that bigotry would keep one from calmly considering. The first, is that Jenner is male scientifically. If you were to clone him, his DNA would reproduce a boy. Secondly, Jenner did not grow up experiencing a menstrual period, the possibility of pregnancy and romantic vulnerability before a world of teenage boys (in the way girls do). Putting on make-up and a dress and shooting oestrogen into your veins simply does not give you this background experience that women worldwide share.

‘Transphobe’ is a loaded term that kills debate. Jenner – and others like – don’t need any fear or hate. God loves Jenner and Greer and you and me alike. Jenner is a hurt and confused guy that has been running from his Y chromosome ever since his youth - he deserves our deepest sympathy and all the help and love we can offer him.