Where I Respond to a Witch 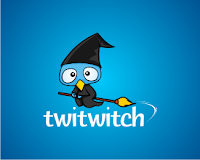 So, I met a woman on Twitter - Lady Isadora. She’s a recording artist and a practicing pagan witch (info here). And let me kill the ‘some girl wanted to be Hermione Granger just a bit too much growing up’ jokes right now. She is a genuine pagan witch and as such is seemingly a perfectly lovely person. She put out some challenges for thought – and rather than limit my bellowings to a mere 140 twitty characters, I thought I’d unleash them here.

She tweeted me – could tweeting a witch be called ‘twitching’? – she twitched me, ‘I know more Christians that have become pagans than the other way around. Why do you think that is?’

The implication is clear: ‘Since more professing Christians are laying down their prayer books, rosaries and Bethel worship CDs to embrace the worship of Mama Nature - rather than the other way around - isn’t this a democratic proof of the superiority of pagan spirituality?’

So boys and girls, how do we respond to this kick-you-in-the-head-while-having-a-bewitching-smile type of question?

First of all: Has history shown us that the majority sometimes makes dumb decisions? Have you considered the success of fast-food chains or what they air on daytime television? There are some countries where the Eurovision song contest is actually popular. Aren’t there some historical trends that we all see as less-than-ideal?

Secondly, the general flow of history has shown people turning from paganism to Jesus for two thousand years now. With the exception of small Jewish communities, the whole of the Roman Empire and Europe was pagan. Christianity grew for 300 years as a persecuted, lets-feed-you-to-the-lions movement (fed to the lions by pagans of a somewhat less kind disposition than my new witch acquaintance I presume).

The British Isles were filled with my illiterate, naked, frog-and-rock worshipping ancestors before the arrival of the gospel. St. Patrick saw most of Ireland peacefully turned to Christ in a generation. Now – even with the spiritual backsliding of the West – the UK still enjoys the blessings of all the schools, books and hospitals - all things that Christianity originally brought with it – albeit divorced from their spiritual roots.

Chiefly, it must be noted that all Christians start out as pagans. Paganism is the default of the human heart. No one is born Christian. Paul was describing humanity when he wrote, ‘they exchanged the truth about God for a lie and worshipped and served the creature rather than the Creator.’ (Romans 1.25). We all naturally worship something in creation rather than the Creator. We worship fashion, money, sex, education, romance, power, etc. We look to these things for our value, security and sense of self-worth. No, we rarely formalise it and start giving these deities names and personas like my friendly witch acquaintance does – but we all start off worshipping creation in one way or the other. Salvation is not natural. It is a divine interruption.

Let me use some of my witch friend’s terminology. She wrote a song about being ‘one’ with nature (here). And she – being a rather clever witch – has highlighted the key issue. Pagans are ‘one-ists’. We all start off this way. Christians – through repentance and faith – become ‘two-ists’. We embrace the distinction between Creator and creation. We don’t worship ourselves - we didn’t make ourselves - creation didn't make itself. Our God likes healthy distinctions. In Genesis one, he reaches into the chaos and separates light from darkness, the sky from the water, the water from the land, the male from the female, etc.

And being a two-ist is simply more fun! In a universe where everything is creation – and no Creator – who do we give thanks to? I may be able to thank Father Nicolas Christmas for putting chocolates in my stockings. But who can I thank for putting two feet in my socks? 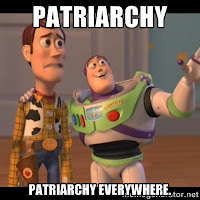 She also brought up ‘patriarchy’. Now, I sometimes get this ‘patriarchy’ thing from otherwise smart people who should know better. ‘Surely’, some pagans reason, ‘the concept of a Father God is oppressive to women. We have Mother Nature through which the divine feminine can be fully realised.’

But history doesn’t back this up and it's time we reopened the books. The Roman Empire was filled with strong goddesses – Athena, Aphrodite, Diana of the Ephesians etc. – who were worshipped with gusto. Were the Roman women empowered? Hardly. It can easily be argued that it was Jesus who did more to elevate the status of women in the ancient world than any other figure. He was the only rabbi at the time who taught women, who had female friends and wherever the gospel spread, girls and boys alike were taught to read. (And today this continues to be true - especially of Protestant Christianity).

As Christians, we don’t relate to nature as a mother - but rather as a delightful little sister – for we have the same Father. Now, sin has entered the world - so this is a strained relationship at times – and things can get violent  – as we all await the Universe's redemption. Sin breaks down our relationships with God, each other and with the rest of creation. But - like St. Francis - we ask for grace to press through the brokenness and join creation in praise, 'Let everything that has breath praise the Lord' (Psalm 150). 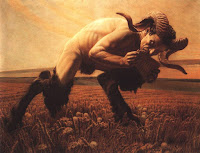 Worshipping nature maternally begins to get dark after a while – as nature can be ‘red tooth and claw’ – and survival of the fitness can become the law of the land. Any time we take something good - like nature - and exalt it to an ultimate place, we will be disappointed. The initially boyish Pan will get all thug and show his bloody hoof if given time. We can be delivered from the fear of nature and freed to truly enjoy her. But nature will cease to be a demon only when she ceases to be a god.