Is Jesus Really Silent about Homosexuality? 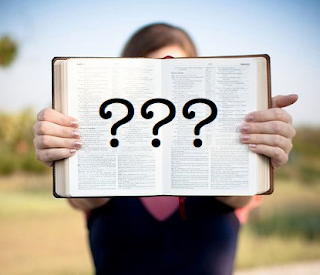 For non-Christians, this seems an odd debate. After all, mainstream society sees gender, marriage and sexuality as a form of individual self-actualisation and believes that one should be free to express these things however they wish – so long as they don’t hurt others. To people who aren’t Christian the whole discussion seems soooooo last millennia. But we Christians are foreigners to this world.

Many of us don't have personalities that naturally enjoy debate. But as there are those who – in the name of Christ – are saying we need to adjust our teaching to the new LGBTQ ideology, then debate is upon us whether we like it or not.

In any debate involving people’s lives, points of view need to be expressed both sensitively and accurately - especially this one. Misinformation – however well intended – helps no one in the long run. That’s why it’s important to access popular sound bites that are often used in social media discussions to determine their truthfulness. One such is the line:

Homosexual practice is consistent with Christianity because Jesus never spoke against it.

For those who aren’t Christians, this issue may stir curiosity. But for Christians, knowing what Jesus thought about any issue is of utmost importance. What does the evidence suggest about Jesus’ thoughts on this subject? Is Jesus really totally silent on the issue of homo-sex?

First of all, arguments from silence are rarely successful in accomplishing their goal – whatever the discussion may be. If my aim is to argue that some popular figure would endorse my lifestyle choices just because they’ve never been on record as speaking against them, I make myself vulnerable to all sorts of rebuttals. For example:

Me: Abortion is fine. Jesus never said anything against it.
Other Dude: Do you believe wife beating and genocide are ok?
Me: No, of course not.
Other dude: Can you show me a verse where Jesus directly speaks against either of those?
Me: No - but just because Jesus doesn’t directly speak against it doesn’t mean he’s ok with it.
Other Dude: Exactly.

Point is - whatever your position in the current sexuality and gender debate - an argument from silence is never a strong one. Especially when it comes to things Jesus supposedly said or didn’t say.

But that presupposes that Jesus was completely silent on this issue. That’s what many people say. But, given the evidence, is that an honest thing to argue?

Let’s look at three passages from Matthew’s gospel where Jesus seems to be making statements that are relevant to the issue. You can then decide for yourself.

Don’t assume that I came to destroy the Law or the Prophets. I did not come to destroy but to fulfil.  For I assure you: Until heaven and earth pass away, not the smallest letter or one stroke of a letter will pass from the law until all things are accomplished. Therefore, whoever breaks one of the least of these commands and teaches people to do so will be called least in the kingdom of heaven. –Matt 5.16-19

Jesus upholds all previous prophets. It would be difficult for Jesus to say this any clearer. Whenever Moses and other prophets discussed homo sex (as an act – not merely a desire or orientation) it was always negative. (See More Here). Jesus fulfilled ceremonial law and cleanliness laws - and for that reason we no longer do certain things like sacrifice animals. Those laws are not erased, just fulfilled in Christ who is our continual priest and sacrifice for sin. All the moral law (lying, stealing, adultery, etc) and social principles (love your neighbour) are still there and Jesus warns us to neither disobey them or to teach others that it’s ok to do so.
______

For from the heart come evil thoughts, murders, adulteries, sexual immoralities, thefts, false testimonies, blasphemies. These are the things that defile a man.
-Matthew 15.19 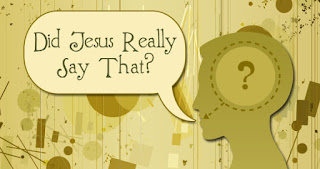 Jesus is giving us a list of what defiles us. You see that fourth term in the list, ‘sexual immoralities’. Notice the plural. Does it seem strange? Why is that term plural? Why not just say ‘sexual immorality’ defiles a man. There is a reason it’s in the plural. The Greek word used here is Porneia (from where we get the word pornography) and we could think of it as sort of junk drawer term in which we can put all sorts of sexual sins. But the Hebrew people were quite specific in what should be put in that drawer. For the people of God, Leviticus 18 was the porneia laws list - and yes it included male-male sodomy. There would not have been a single Jew in Jesus’ audience who would have not understood Jesus’ use of the term to include homo-sex along with all other sorts of heterosexual sins such as adultery and premarital sex. To state now – 2,000 years later - that Jesus would not have understood homosexual practice to be included under the banner of ‘sexual immoralities’ is culturally inappropriate and nothing short of exegetical imperialism.

But just like homosexual practice can defile us (as can heterosexual sins) it can also be forgiven and cleansed by Jesus.
______

Lastly, Jesus speaks about the nature of marriage while debating divorce:

Haven’t you read,” He replied, “that He who created them in the beginning made them male and female,” and He also said: “For this reason a man will leave his father and mother and be joined to his wife, and the two will become one flesh? So they are no longer two, but one flesh. Therefore, what God has joined together, man must not separate.”  -Matthew 19.4-6

In his debate with other religious leaders, Jesus quotes from the book of Genesis as an authoritative source – meaning the Jesus still thinks Moses is relevant and should be listened to. In doing so, Jesus affirms the gender binary and that the difference is to serve as the basis for a marriage that should last a life time.

Though Jesus’ direct object of debate here was divorce, is it too much of stretch to see implications for the current debate over gay ‘marriage’?  Is it really completely irrelevant?
If one isn’t a Christian – and if you aren’t I’m impressed you’ve read this far – none of this really matters. You may as well simply say that you disagree with Jesus. Fine - at least you understand what’s being said so that you can disagree intelligently.

I’ve tried to highlight that reasoning from silence is weak – whatever one might be discussing. I’ve also highlighted that the popular idea of Jesus saying nothing relevant to a discussion on homosexual practice is shaky to start with. But lastly, we must point out a certain presumption within the original argument.

As Christians, we cannot agree with that presumption. We believe that God is a triune God – the Father, Jesus the Son, and the Holy Spirit. We believe this one God inspired the writings of the Bible and was fully and equally involved in all of God’s words and acts throughout it. So when Moses wrote Leviticus, Jesus was there. When Paul wrote 1 Corinthians, Jesus was there. And when God rained down fire on Sodom, Jesus was there – in full participation and full agreement.

If a Christian was arguing that we need deeper same-sex friendships and that Western men should engage more in deep, affectionate brotherhood, than the Bible would be fully in his or her corner. We certainly need more love. But it is Freud - not Jesus - that has installed in us that sex is the pinnalce of human relationships. We are being intellectually dishonest if we try to use Jesus as a source to approve of any sexual sin – be it sex with your boyfriend before marriage, a mistress after marriage, polyamory, swingers, or homosexual practice.
_________________

For a look at what the Bible says about close friendship across the gender divide please check out Forbidden Friendships - available on Amazon in Paperback and Kindle in the USA and the UK.
Email Post
Labels: 12 gay anglican clergy to be married Was jesus silent on homosexuality what did jesus say about homosexuality