A Letter to my Bridegroom-Self 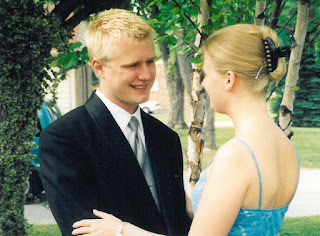 In a couple of days you’ll get married to a girl that you’re very much in love with. I’m writing this letter to you because you’re stupid. And as you’re stupid, there are 7 things you really need to know in order to save yourself a lot of pain in the years of married life ahead of you.

1. Value intimacy over sex. Now I know that you’re going to have to go back and read that a few times. It still doesn’t seem to make sense, does it? Right now you’re a 21 year old virgin just two days away from your honeymoon – all you’re thinking about is boobs.

Now, don’t misunderstand me, sex will be a lot of fun. Though the quality of this dynamic will vary with the seasons that your marriage goes through, you’ll remain a fan of the activity. But as the years go on, that’s not really what you’ll value most. Now sex and intimacy certainly aren’t exclusive – but they’re not identical either. Being close and able to open up and share your heart with your wife will be of chief importance. I know – it sounds kind of girly to you now, but it will make sense later.

2. Your wife isn’t a dude. Now I know you got that from the physical stand point (see the note on sex above). But you also have no idea just how different women are. Though you wanted one, you had no little sister growing up.

Right now Peter’s command to husbands to, “live considerately with your wives, giving honour to the woman as the weaker vessel” (1 Peter 3) is a verse you don’t get. In time you will learn to appreciate the deep differences between male and female – and it will affect both how you see marriage and friendships. Give your wife freedom to be a lady. Speak positively to that difference. Don’t always talk to her just like you do your guy friends. You will come to see how she flourishes under your gentle encouragement – not under criticism.

3. Get a Macro-Theology of Marriage. You need to see the big picture. Your marriage doesn’t exist just so you both can be happy. It’s doesn’t just exist so that you two can have children. Your marriage exists so that you can reflect God’s eternal plan for humanity. Your marriage is supposed to point people to the great marriage at the end of time – the one that will unite a redeemed humanity with one another and with Jesus in perfect relationship and love. Your small marriage here is significant because it points to a big marriage later.

4. Don’t think Hollywood. You two are not each other’s ultimate answer in the search for happiness. Don’t put the foundation of your joy in something you can lose – including your marriage. Remember: as a Christian woman, your wife-to-be could be just as happy were she to marry someone else.

5. You’re wife cannot be a substitute for your best friends. You’ve said to several people, “I’m about to marry my best friend.” Now sometimes we use “friend” in the strict, unmixed with romance, platonic sense. Other times we use that word in the wider sense to include family and romantic others. I’m not trying to correct your terminology here.

But you are calling her your “best friend” and you are understanding that to mean something you shouldn’t. You’ll need close friendship unmixed with romance. Marriage involves many other dynamics than just friendship – and you’ll need someone who’s just a pure friend more often than you now think.

Those intimate, platonic friendships and confidants that you now have – please don’t let them wilt in your first year of marriage. Because that’s what you’re about to do.  You’re going to lose some good ones. Hold tightly on to them – fight for them.

If not, in a few years you will no longer be best friends. You will be strangers with memories. And in years to come the thought of that will break your heart.

Firmly make time for your friends and always support her in having time with the guys and gals she now values as close friends. 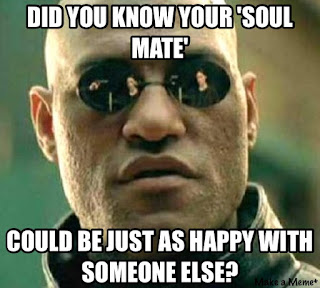 6. Pray together. The one thing you’ll get right – and the thing that will help hold your marriage together through the stormy seasons that you’ll face – is your commitment to pray together regularly. It will help maintain intimacy and bring the God’s power into your lives and relationship. Jesus is faithful. You’re right in making him a priority – stick with it, even when you don’t feel like it.

To put it more bluntly, you’re a coward.

Your self-esteem is more caught up in having close and harmonious relationships than with your job or career as is often the case with men. There are positives to this, but the big down side is that you’ll do just about anything to keep those meaningful relationships close and peaceful. If they get threatened or removed, your whole identity gets deeply shaken.

In the early years of your marriage, you’ll do anything to keep your marriage calm. Sometimes this is good. But sometimes it isn’t. At times you’ll need to lead in the direction of what is good and right – even if your wife strongly disagrees with you. Especially then.

Deal with this cowardice sooner rather than later. On the surface, it may seem like you’re loving your wife to always let her have her way. But this will keep you both in immaturity. You need to follow your conscience as submitted to God’s word - and then lead your wife.

Yes, always have her as a source of wisdom and counsel – but then be a man and take responsibility when it’s time to make an actual decision. You’ll learn – but only after years of getting it wrong – how to say “no” to someone you care deeply for. Right now that idea terrifies you. But that insecurity is going to keep you from loving your wife (and others you’ll come to cherish) as you should.

You will suffer if you do this thing right. But through that suffering you will find life and joy.

PS. You'll soon hear talk of "the iPhone". Sell everything and invest all.

Need help with a male-female friendship? Check out Forbidden Friendships - available on Amazon in Paperback and Kindle in the USA and the UK.
Email Post
Labels: dear me letter tips on marraige what i wish i could tell myself what i wish i knew about marraige