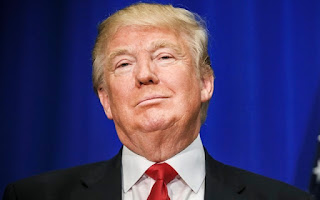 Above all the ugliness and chaos of human politics stands the beautiful and unmoveable Nation of God.

The Kingship of Christ which she enjoys is unshaken by earthly elections and coups. The sea before the Throne at the centre of this country is calm and ripple free – like crystal. China, America, France, Britain – all these will come and go like the autumnal leaves which decorate our streets and gardens. These institutions will soon be forgotten. Christ and his Kingdom will remain.

Few American Christians were positively excited about this election. They either reluctantly voted for Trump (believing he was the lesser of two evils); held their nose and voted for Hillary (believing she was the lesser); or refused to vote at all, citing character flaws which made both unqualified for the office. America narrowed down her choices to a candidate known for her deception and to a candidate known for his lechery. America may not have gotten the election she wanted, but she got the one she deserved. It is now the job of the church to pray for wisdom for Trump and those around him.
_______

Do not call conspiracy all that this people calls conspiracy, and do not fear what they fear, nor be in dread. But the Lord of hosts, him you shall honour as holy.
–Isaiah 8.12
_______

When I was a youth, I had well-meaning adults tell me that I was too much of a dreamer. They said that when I grew up I would be less idealistic - less focused on angels and more focused on the economy. With respect to them, I’m afraid just the opposite has happened. There was a time of naïve innocence when I got excited about big elections. Like a lot of people, I’m older than I used to be. But I’ve never been less troubled by the results of elections.

I’m not so bothered by the stock market any more, but I’m quite concerned about treasure in Heaven. I do care about the ideals which underpin the republic and democracy. But I no longer look on with naïve innocence at republicans and democrats. I dream about the New Jerusalem more than ever – but I’ve ceased to lose sleep over what happens in Washington or London.

Christ has ascended to the right hand of the Father where he is enthroned. It is his Nation that we are citizens of and of which we are called to proclaim. He will judge the nations – reality is not optional. In the long run, no one gets away with anything – all wisdom will be justified and all stupidity condemned. All of the craziness encircling us will one day be called to account for.

Do not be shaken by what others are shaken by. In the midst of the roaring of the political seas, let us walk confidently and wisely. Our strength is in the prayer closet, not the White House.
_________