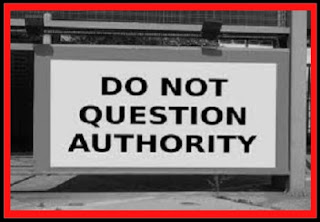 I recently overheard a friend saying she was tired of hearing the term ‘submission’ in church. As she hadn't been speaking to me, I didn't follow up to ask her what she meant. But her comment seized my attention as I had heard a male friend say a similar thing the day before.

It seems every time we hear the word ‘submit’ - especially on social media - it’s with a negative connotation. But it’s not always that way in the New Testament.

It's not hard to sympathise with those who grate against the term 'submission'.

Second, some in spiritual authority have abused their position. I wrote about this in a post entitled, 'Should Christians Obey Pastors?'. This can happen in church when people think their submission to a leader is the same as their submission to Christ.

Words like ‘authority’ and ‘submission’ get can be stretched beyond their God-ordained context and leaders can start telling people what jobs to take, what schools to go to, who to be friends with, and what type of music to listen to it. People get hurt and they tend to be wary of any talk of submission. It’s the knee-jerk reaction of the abused.

Next, submission to other God-ordained authorities can also be exaggerated in extent. In a conversation with a friend, she once mentioned that she ‘submitted to the men of the church’. I stopped her and asked what she meant. The elders? Her husband? No, ‘all men’.

But that view of submission isn’t taught by the New Testament. Just because the Bible exhorts a wife to submit to her husband, doesn’t mean she's to submit to all men. Yes, there is a sense in which as believers we all submit to one another – but this is reciprocal.

Not just the extent, the degree of submission can also be exaggerated. This can result in excessive patriotic loyalty or domineering views of submission in marriage. We are called to obey just laws given by the civil government, but there are also times to peacefully resist. When German were commanded by the Nazi government to report their Jewish neighbours – that should’ve been a time for Christians to resist.

There are times when husbands have exercised their authority in ways that are foolish – and wives have sometimes submitted to that out of fear of confrontation or out of a misunderstanding of Scripture. When I act in ways that are inappropriate, it’s my wife’s duty as my helper to rebuke me and not to silently go along with it.

As a husband, I should give a measure of leadership to the family - but I do not micromanage my wife’s life. It is not for me to tell her what books she can or can’t read, what friends she can or can’t have, how much and what type of food she can eat, how she must vote, or what time she has to wake up each morning. I can and should tell her my thoughts and exhort her to be responsible - but it is then up to her to decide before God what is righteous and good.

I get it when some people say they are tired of hearing 'submit'. When something is abused, we tend to swing to the extreme opposite position. As someone who has also been abused by authority - I have felt that impulse too. When dictators arise, anarchists abound.

We have seen this reactionary impulse with things like spiritual gifts. It is the reason why any acknowledgement of even a mild degree of spiritual authority in marriage or eldership is deeply frowned upon in some circles. Sometimes the impulse is so strong that we allow exegetical gymnastics to be done to the Scriptures so that they'll say something other than what they plainly teach.

There are times when our proud, sinful nature does not want to submit, but it should. There are times when I should listen to my elders, pay my taxes, and honour my parents – all out of honour for Christ.  At times, my wife will submit to my leadership in the home – even if part of her would rather not. (Likewise, as a husband I should sacrificially love her – even if at times I would rather not.)

There are times when I may be tired of hearing the word 'submit'... but that may be the exact word I need to hear.

We are called to submit to friends, governments, church leadership, tparents, and to husbands – in appropriate times and in appropriate ways. We are surrounded by forces that will make us want to both overplay and underplay this. This is why we constantly need to go back and reflect on the full council of Scripture. Here’s just a few out of many:

Submit to one another out of reverence for Christ.  – Ephesians 5.21

They replied, ‘Do you think God wants us to obey you rather than him?’ –Acts 4.19

Elders…care for the flock that God has entrusted to you…Don’t lord it over the people assigned to your care, but lead them by your own good example. -1 Peter 5.1

Wives, submit to your husbands, as is fitting for those who belong to the Lord. Husbands, love your wives and never treat them harshly. – Colossians 3.18

Everyone must submit to governing authorities. For all authority comes from God, and those in positions of authority have been placed there by God. – Romans 13.1

Need help with a male-female friendship? Check out Forbidden Friendships - available on Amazon in Paperback and Kindle in the USA and the UK.