Round Two: Letters to my Atheist Youth Leader 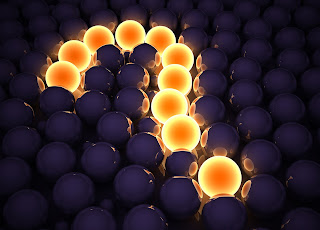 Hey Rich,
I thought I was being overly enthusiastic when I wrote my original post of 940 words to you. But as you have responded to me by writing three separate posts (8,051 words in total) it seems that my coyness was a bit premature.

The amount of material you produced highlights your commitment to this discussion. Thank you, I’m honoured for your time. But in constructing that impressive written edifice it seems that you haven’t actually answered my question.

So, I will continue to develop it here.

I’m asking why we should be ethical. You have a strong moral compass. You denounce YHWH and the ancient Israelis with all the passion of a Pentecostal preacher looking for revival. Comparing them to Hitler and ISIS, you decry their evil ways. Your sermon is moving. I just want to know about that pulpit you’re standing behind. 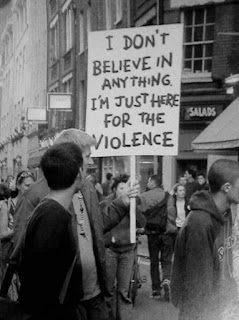 Let’s assume for now that YHWH, and the ancient Israelis really are as bad as you paint them out to be. You say of this God, ‘His morality is situational and he espouses a set of laws no better than that of Himmler or Ghengis’. Ok. My question is, so what? Why is it bad to be situational? What’s wrong with being like Ghengis Khan?

You declare, ‘I believe that we have the moral right and power to judge certain acts regardless of the environment it was committed in.’ Obviously, you do. But where does that faith come from? What book are you preaching from when you call the guilty to account? What exactly is this ‘universal moral yardstick’ you speak of in your post? Where does it come from? And, most importantly, why should any of us care?

I’m afraid referring to it as ‘innate morality’ doesn’t even begin to answer the question. It simply raises a few more. Let’s just focus on two of them.

First of all, let’s assume – as you argue – that ‘evolutionary pressures’ have left us humans with some altruistic impulse that may have helped our species survive. The question still remains: Why should we listen to these genes? Why ought we to obey that impulse (which as you’ve pointed out varies a lot from person to person and culture to culture) but deny listening to our other biological impulses that crave sex and power? Why should we scratch our altruistic itch – assuming we all have one – but not our itch to dominate others? If I can deny my altruistic impulse and still die happy – why should I submit to it?

Secondly, we should rightly ask about the future of this evolutionary process. If humans have developed a sense of not wanting to cause innocents to suffer (we’ll leave out who gets to define ‘innocents’ for the moment) could evolution not cause us to discard this later down the line?

In your response, you misunderstood me to be saying that in the Old Testament 'widespread rape was ok'. You then asked, 'When did it stop being ok?' But don't you see how vulnerable you are to your own question? We may equally ask, 'When in the evolutionary process did forced sex stop being ok? When did verbal consent become a moral necessity? You say that if rape is wrong, it was always wrong - even back in the Old Testament. Yes. Agreed. But on what basis do you come to that conclusion given materialistic evolution? On what date did forced sex in the animal kingdom become wrong? 873,457 BC?

More to the point, if evolution made things like verbal consent necessary, can it make it unnecessary again? Since we’re wired to reproduce, it’s easy to imagine that in the near future our evolutionary sex drives might eliminate such an inconvenient concepts like consent and monogamy. But it’s not just about sex. What if we lose our altruistic impulses and develop an ‘evolutionary imperative’ to eliminate the weak? Will that be ok?

You argued that we need a moral yardstick which is universal, ‘Because if it’s not [universal] we have to face the fact that one day Auschwitz may be accepted as righteous and good.’ And if evolution takes us there… why not? Survival of the fittest, right?

You say that what the Israeli’s did are evil. But why should they care what you think? By your own admission as a philosophical materialist, they are but accidental pieces of stardust shrapnel. You are nothing more than a random collection of protoplasm – more opinionated than most perhaps, but not anymore authoritative. You can argue that if everyone is altruistic it might help the human race as a whole last longer. But why should I care about the future of organic matter here on earth any more than I care about the fate of sulphurous gases on Venus?

It all beautifully adds up - until you subtract the only thing that really matters.

The sun will one day grow large, then fade. There will be no one around to remember that human’s ever existed. We are just a momentary flash in the Universe’s long and meaningless history. Human genocide will be no more consequential than stepping on a collection of ants, bleaching my toilet to wipe out the germs, or even kicking up a pile of sand. Whether we are good or bad to each other here and now will make no difference whatsoever.