Snowflake Christianity is a Leech 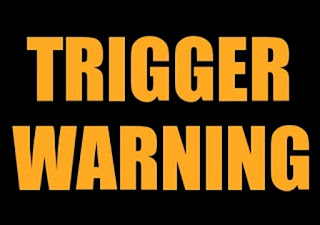 This morning I get to look out my window at the charming green, the church, and the pub – all with an inch or two of snowflakes dusting the scenery. It's quaint.

Snowflake Christianity. At times it also goes by the names, ‘progressive’, emergent’, or ‘Red Letter’. They’ll call it anything but what it has been classically called which is ‘liberal theology’. Admittedly, this is also a strange name for it because what it teaches isn’t liberating.

I don’t wish to make a snowman of the snowflake movement. There’s enough misrepresenting going on - and I have friends in the movement with whom I engage with at times. But I want to point out what should be obvious to many: Snowflake Christianity is a leech.

Now I don’t mean to imply that is only a leech. Snowflake Christianity has the capacity to articulate good questions and they can be incredibly gifted zeitgeist sniffers.

And, though much mocked in the media for their supposed need for ‘safe spaces’ every 15 yards, it would be a shame if we were to swing to the other extreme and deny the fact that sometimes we do need safe spaces to ask genuine questions without being suspected of heresy.

This is opposed to the many ungenuine, questions driven by rebellion that are being asked. Those go back to Genesis 3 where the serpent asked, 'Did God really say?'. We know what he said, we're just asking questions because it makes us comfortable.

Why Snowflake Christianity is a Leech

The other day I was helping a new Christian. He’s a man in his 30’s raising a child on his own. Prior to his conversion, he was a drug addict and an alcoholic with a violent criminal record. His life was dramatically changed when hearing the Gospel: the cross, resurrection, forgiveness of sins, heaven and hell, and the need to repent and believe. He was convicted of having a dark and evil heart when he heard about how the living God became a cursed cadaver and was nailed upon a tree. With many tears, he asked God to come in and change him. Which God did.

I mention this man’s story because it is both remarkable and unremarkable at the same time. It’s remarkable because such radical transformations are rare in the secular world and the change in this man’s life can be rightly labelled ‘miraculous’. But it’s not remarkable in the sense that I have come across countless people just like this. There are millions of similar testimonies throughout the world. Usually, it is in response to a classically evangelical preaching or sharing of the gospel – though on occasion it has happened in a Roman Catholic or Eastern Orthodox contexts as well.

But in Snowflake Christianity, these stories are somewhere south of rare. The more I listen to the ‘progressive’ Christian community, the more I hear the same story – we once believed the classical evangelical narrative, but now don’t. These are the disgruntled and disillusioned children of Evangelical Christianity.

Now I don’t mean to suggest that some don’t have good reason to feel jaded. I too have suffered spiritual abuse by authoritarian leaders and have sat under sloppy, politically charged teaching. Many have. I sympathise with some of the pain the progressives feel - just not what they do with it. Some who embrace Snowflake Christianity are coming from an unbalanced fundamentalism but are bypassing, classical orthodox faith in their quest for answers.

Snowflake testimonies be like: ‘I was raised Baptist (or Pentecostal). But I found out they were all just xenophobic hypocrites when my parents voted for Brexit (or Trump). Plus I never understood why a gay couple couldn’t marry each other. Isn’t God supposed to be love? I certainly don’t think he would ever send someone to hell. And we can’t really believe everything in the Bible, can we?'

If all Snowflake Christianity can do is criticise and deconstruct the faith of their parents, there’s not really much of a message to bring to a rebellious world. If all a pastor can do is tell his progressive congregation what he used to teach - back in the old days when he believed the black as well as the red letters in his Bible – what revolutionary message is he bringing lost men and women? Encouraging them to recycle? Affirm marriage equality? Be nice people? Get with ‘the Kingdom program’?

It's hard to build a growing, baptising church on a message of deconstruction. It's easier to build up a large, disgruntled following who listens to you rail against the system through a steady stream of turpentine tweets, regularly laced with cyanide slander.