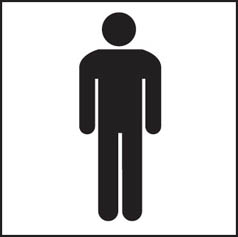 Sadly, it’s not just society. The church is no longer an encouraging place for you either. Here in the UK, only 37% of those worshipping on a Sunday are men. The music, the preaching, the decorations largely appeal to women. Whereas past epochs of church history resounded with robust masculinity under the leadership of reformers like Martin Luther or fiery church patriarchs like John Chrysostom, we now have ministers whose flowery talks are about as dangerous as a cup of warm Horlicks.

Do it anyway.
(Download a FREE e-copy of our book: Elijah Devotional)