Can Morality come from Evolution Alone? 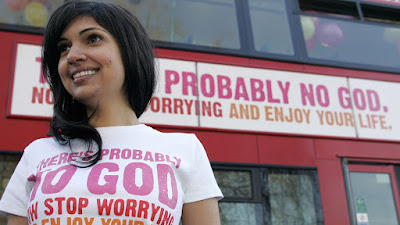 Thank you for explaining to me why you are an atheist. I appreciated the lengthy message.

For some reason, most of the atheists I talk with are men. I've never looked into whether there is an actual gender discrepancy within atheism. Perhaps in your response, you may care to share your thoughts on that?

But to your message:

You explained why you think it is no longer necessary for humans to believe in God. I appreciate that. It was a friendly gesture. I hope you don't mind if I return my own thoughts - especially in response to what you wrote on morality and ethics.

You say, ‘Altruism is an evolutionary response to the pressures of competition in the world―we can’t help but find it enjoyable.’ So, according to your theory, we act in a moral way because evolution has designed us to get pleasure from doing so. We do good because it feels good. Is that it? Please let me share four reasons why I think you're tragically wrong.

First of all, when some animals, our 'evolutionary cousins' in your parlance, eat their own children or when a male animal forces sex on a female, is this morally wrong?  Was there a definite moment in the history of animals when cannibalism and rape became wrong? If so, what year was it? Was rape ok for Neanderthals to do? If it's ok for some animals―and they seem to enjoy it―when did it become wrong for us? In what year did consent become a moral necessity? Could there have been a #MeToo movement among chimpanzees? To ask more directly: can animals act in an immoral way? In your letter, you argue for ‘a universal measuring stick’. But given the evolutionary process, how?

Secondly, if morality evolves, what does this mean for other humans who do not share our moral standards? What about the barbarian Ghengis Khan and his crew? Did they act the way they did because they lived 900 years ago and evolution had not yet advanced their altruism to our level? Are we morally superior because 900 years has biologically advanced us? What about terrorists, Nazis, or ISIS? Does their behaviour show that they are genetically inferior to us? If our species is to advance, should we get rid of these altruistic retards? But then, if morality comes from our evolution, why berate immoral people? Why do you give, as you did in your letter, the ancient Israelis such a hard time? They were just doing what genetically gave them pleasure. You might as well call salmon to repent for not having legs.

Third, if altruism has developed to where it is now to help our species survive, should we expect it to change in the future? Morality is something always in motion that exists for the sole benefit of the survival of our species. Right? What if our hard wiring changes so that we see evil what we now see as good and vice versa? What if we start getting pleasure from other sorts of behaviours? Birth rates in the West are low. Perhaps our hardwiring will change in order to increase our offspring. It may have us do things to our women (rape?) that we now consider unethical so that they will have more babies. What if ISIS and their sex slavery, instead of being backwards, is really the next step in the evolutionary process to help replenish the species and make a stronger race? Perhaps evolution has noticed that not all humans are reproducing enough and put it into their heads to see sex slavery as good so that we might advance.

If morality evolved, then that means morality changes and we can't know where it will take us. Your eternal standard - which you say evolution can provide - is a concept foreign to the material universe you live in. The current morals of homo-sapiens are just a stopover on the road to something else. No use in getting too attached to them. Am I wrong?

Lastly, why should I be moral? You say it’s because it gives me happiness. Perhaps. But I'm also sure that I could find many things pleasurable that we would generally consider to be immoral. Couldn’t you? In a given situation, why should I obey my altruism impulse, which you say that evolution gave me, but not obey my impulse for sexual satisfaction, for power, or for revenge? Did Evolution not give me those impulses too? Why is it wrong to follow the one impulse but not the other?

It is said that to a man with only a hammer, every problem is a nail. Could the same be said of many atheists? That every issue can somehow be understood through evolutionary theory alone? In your attempt to squeeze morality into the evolution box, it seems you have done great injustice to what we experience morality to be.

This has been an extract from Elijah Men Eat Meat: Readings to slaughter your inner Ahab and pursue Revival and Reform (Get Here)
Email Post
Labels: atheist vs christian debate evolution debate morality from atheism evolution