Why Mary Must be a Whore 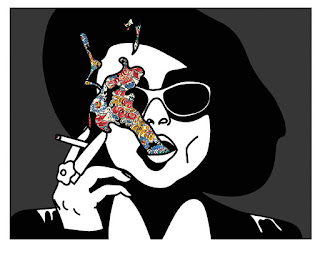 The Junia Project released an article on one of my favourite Bible characters in the run-up to Easter. Mary Magdelena is an in uneclipsable chick - and the resurrection account with her in John 20 is one of the most beautiful passages in all of Scripture.

That’s why the Junia article (HERE) is so disappointing. It's even got some pushback from their own followers over the issue.

To the article's credit, it is historically solid. The article is not misinformation or ‘fake news’ in that regard. The author, Gail Wallace, has done her homework well. There is no intellectual horsepower missing – it's good information.

But though a car may have great horsepower under the hood, we must ask what the point is if it's headed down the wrong lane of traffic. It contains accurate information but argues for an undesirable destination.

Wallace gives much of her attention to demonstrating that Mary was NOT a hooker – as has been often depicted throughout Church History. Wallace argues that this view of Mary is unwarranted from Scripture. In this, she is correct. It cannot be demonstrated just from Scripture that Mary was. It doesn’t mean she wasn’t. After all, Jesus had to cast out seven demons from her - demons that came from somewhere. But we simply don't know. Scripture describes her background as demonic, but that may refer to many things.

If this was all there was to the article, it would be harmless. We may even agree that the whole prostitute theme is presumptuous. The article would then simply be like those Christians who remind us every Christmas that Jesus wasn’t actually born on the 25th of December.

Yes, thanks for the trivia.

But Wallace is doing more than separating Scripture from tradition. She has a goal. She says so herself: she wants Mary to be a ‘role model’ for us. For that reason, she tries to clean up her soiled reputation – and it’s this goal that takes reasonably good information and points it in the wrong direction.

Wallace even appeals to the apocryphal gospels which ‘depict Mary as a disciple who has a deep understanding of Christ’s teachings.’ She dismisses Pope Gregory’s comments that referred to Mary as a Prostitute in the 6th Century but then appeals to St. Thomas who gives Mary the title of 'apostle to the apostles’ in the 13th Century.

So we're left questioning: which way are we supposed to play this?  Do we take our view of Mary only from the Scriptures or do we also included traditional views? If the latter, why does the Junia Project embrace the words of 13th Century Thomas but not 6th Century Gregory?

Why the seeming inconsistency?

Is there any more descriptive passage on Mary than that of John 20? It’s when Jesus first appears to her after his resurrection in the cemetery garden. It’s the only place in Scripture we hear Mary’s voice. The story is full of John’s typical deeper symbolism giving us a picture of a whole new humanity. On one level Mary is simply herself. But on another, she is standing in place of the Universal Church - the Bride of Christ.

Adam disobeyed at a tree. The second Adam obeyed on a tree.

Eve earned her curse. Mary is given an undeserved blessing.

Adam was given the fruit of death by his bride. The second Adam gives the fruit of resurrection life to his friend - symbolic of the whole church, his eternal bride.

This is why Mary must be wayward. If not a technical prostitute in historical fact, at least in spiritual principle. This is a point that prim and proper people often forget: God’s redeeming an unworthy people. His bride must have a sordid past. In the book of Hosea alone this message is on every page – pointing us to a God who redeems a hooker to be his bride. This is why a clean, educated, middle-class Mary won’t do.

Mary is worth looking at. But not because she is a great moral example. Rather we should look at her because Jesus is a great Saviour of people like her.

In the Junia article, extra-Biblical sources are cited to make her sound like a sound, moral, enlightened teacher of Scriptures. But in John 20 we see a woman who, though passionate, is completely blind to who Jesus is - even though he is standing right in front of her. Her understanding was like the hour of the morning: ‘it was still dark’ (Jn 20.1).

Sadly, one commenter on the Junia FB page even suggested that we shouldn't see Magdalene as 'sinful' at all. This comment received lots of 'likes' from other followers. But why is it wrong to say that Mary - like the rest of us - was sinful? Can you relate to a sinless Mary? Or do we relate to the woman who screams out:

'Me?! The Son of God called MY name?! Me, who used to walk these streets - screaming, half-naked, insane and lost in my sin?!'

Mary loved much because she was forgiven much. And if we were to chose to look at her as a role model (and she might be horrified if we did) then we must see her foremost as a sinner. And if this demon-possessed woman who can’t see Jesus working 18 inches in front of her while surrounded by angels can be redeemed by Christ, then so can we.

And so can all the thieves, and whores, and rapists, and heroin addicts, and paedophiles - and all the lovely bastards that we know.

This issue of Mary is typical of how many of us who identify as 'classical Christians' often differ from those who identify as 'feminist Christians'. It's not that we don't value the truth that women are equal to men. God forbid! We celebrate this. But we don't go about demonstrating this doctrine by talking about how virtuous women are. We talk about what a great saviour Jesus is and how he loves and saves both wicked men and wicked women. The moment our emphasis begins to be 'men bad' and 'women good', we are further separating men and women and wandering from the Gospel.

Yes, the idea that Mary was a whore may not be historically correct (we simply don't have definitive information). But we should be careful that when we seek ‘to restore Mary Magdalene’s reputation and help her take her rightful place’ that we don’t over sanitise her to fit our ideological aims. The gospel is not good advice for the moral – it’s good news for the sinner.

For more on how the Gospel redeems us from our perversity, please check out our book: Elijah Men Eat Meat: Readings to slaughter your inner Ahab and pursue Revival and Reform
Email Post
Labels: hookers for jesus mary magdalene was mary magdalene a prostitiute