Is God a Misogynist? 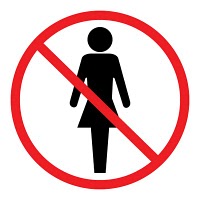 Elijah took the child, and brought him down into the house, and gave him to his mother. -1 Kings 17

A superficial understanding of Elijah could mislead someone into believing that he – or perhaps even the God who worked through Elijah – was a misogynist.

Sadly, that term - in addition to being hard to spell - has become loaded, politicised, and increasingly vague. CS Lewis pointed out that when such things happen we are witnessing verbicide – the death of a word. It’s a shame because misogyny and its counterpart misandry are both real things. So, let’s define. By misogynist, we do not mean someone who despises a woman or who believes men and women are different. We mean someone who despises a woman because she is a woman.

Elijah was not one. Elijah stood against the work of a certain Sidonian princess – but not because she was a woman or even because she was a foreigner. He resisted her plans because she was leading God’s people into false worship and sexual immorality. Any man whose imagination is kindled by Elijah’s zealous example should understand this distinction before he goes to battle. (So should anyone who tosses the term ‘misogynist’ at those with whom they disagree.)

Elijah’s spiritual maturity surfaces in his dealings with one of Jezebel’s old neighbours. The Cherith brook where Elijah hid evaporates into dust and God sends him to Zarephath to meet a woman. For those of us who are a bit rusty in our Ancient Near East geography, we need to not rush over this detail.

God wasn’t sending him someplace nearby just so he could get a bite to eat. God takes him on a journey of nearly 90 miles over mountainous terrain into another country. That’s quite a stroll if it’s just for lunch. Most importantly of all, we need to note that this country of Tyre & Sidon was where Jezebel was from. Ahab and Jezebel are undergoing an international search for Elijah and God leads him to a village just 10 miles north of the cruel Queen’s home city. God sends his premier prophet on a perilous journey - all because he wants to show his love for a single woman who doesn't believe in him yet.

Some of us might raise our eyebrows that Elijah is going to be housemates with a woman. We might raise our eyebrows even more to know that she is a pagan and of the same immoral culture as Jezebel. But the most amazing thing is Elijah’s gracious behaviour with her. This same prophet who called down the fires of judgement on proud Israeli soldiers undertook a dangerous journey to humbly care for and minister to this woman.

Elijah never speaks directly to Jezebel. But in our reading of 1 Kings 17, we see him engaging in sarcasm and banter with his housemate. The miracles Elijah performs brings death to some in Israel. But with this young woman’s child, he places him on his own bed and cries out to God for life to be restored – and it is.

This is the difference between true holiness and a man who simply has a judgmental spirit. Do the people you work with describe you as gracious and joyful? Do you bring life into your household? Before Elijah calls down fire from heaven, he must show that he’s a blessing to live with.

A man is manifesting misogyny when he mislabels a woman with 'Jezebel spirit' for simply expressing disagreement with him. While this term does have some valid use in describing genuine acts of manipulation, seduction, or cruelty, it should be used appropriately lest it suffers verbicide as well. Elijah, the one man who has every right to use the term 'Jezebel spirit' of a woman, never does. Instead, he demonstrates one of the best, non-romantic, male-female relationships in all of Scripture.


Elijah is not xenophobic or misogynistic. The man who slaughters Baal’s prophets first patiently leads a foreign woman to faith in Yahweh through a relational ministry.

Before we battle, we must bless.

Email Post
Labels: elijah and jezebel elijah and the sidonian woman is god a misogynist