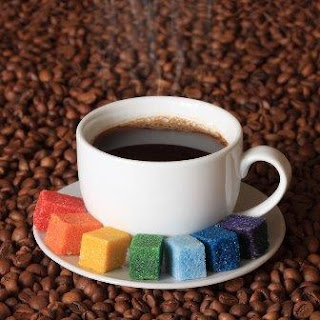 Thank you for taking the time to write me. Sadly, it seems you misunderstand why I met with you for coffee. Please let me explain my motives by defining the words in my salutation above. Would this be too terrible a way to go about it?

Let’s start with ‘friend’ shall we? You rightly question this term as an accurate description of our relationship. For now, let's simply say I mean it as an expression of goodwill. But we will return to it again at the end of the letter.

Then there's this term, 'pro-gay'. By this, I don't mean your personal sexual urges. There have historically been―and are today―countless godly leaders in the church who have deep sexual and romantic attractions to people of the same gender. In spite of their desires, they remain celibate and teach orthodox views of gender and marriage. In your letter, you repeatedly refer to me as a ‘non-affirming Christian’, but I affirm these people and what they teach.

What I do mean by 'pro-gay' is the teaching you now promote through personal conversations and social media. The articles you share, the comments you leave, and the blogs you write all teach that active sex between two people of the same gender is acceptable to the God of the Bible. It’s not that you are merely wrestling with questions. You promote a particularly Western, 21st Century view of sexuality that is counter to what God's people have historically believed and faithfully taught for millennia by affirming sexual activity outside the orthodox understanding of marriage.

Now, this wouldn’t be a problem if you were one of my non-Christian family members or friends that hold to this view. I see this teaching appear in memes and sound bites from them every day. But you do all this while naming Christ. That's different. Paul makes this distinction in 1 Cor 5,

‘I have told you to avoid sexually immoral people, but I didn’t mean the immoral of this world. You would have to leave the world for that! I mean anyone who calls themselves a believer and does so. Avoid them! I should only judge those in the church, not those outside the church.’

And this is where we come to the third term in my salutation, ‘Christian’. How do you define this? I’m sure you are aware that for over 98% of Christian history the idea that our faith is in any way compatible with homosexual practice would’ve been unthinkable. ‘Pro-Gay Christian’ would’ve seemed as outrageous a term as, ‘pro-thievery Christian’ or ‘pro-pornography Christian’.

And this is why it is sad just how profoundly you misunderstood our coffee date. Your letter suggests that I met you to garner acceptance points with the cool kids. That’s an unfortunate interpretation. Rather, I wanted to warn you that you’re in risk of rejection from the only One whose opinion actually matters.

Not only did your letter contain many strawmen misrepresentations of what Christians actually believe but some of the articles you share on social media refer to Christians as ‘homophobes’ and ‘haters’ for simply believing what Christians have almost always believed―that marriage is a sacramental covenant between a man and a woman. Even in your letter to me, you refer to this aspect of Christian faith as a ‘murderer’. I expect such hostile pejoratives and misrepresentations from the world around me. I don’t expect that from someone who names Christ.

By being willing to ‘hear your story’ (as you say in your letter) you imply that I was disingenuous and only wanted to use you for some insincere end, to gain social capital. No. I was trying to give you every possible chance to explain why you would be promoting an ideology that is an enemy to our faith. I was hoping against hope that you had somehow misunderstood the issue. But as you explained over your latte how you now see the Bible as a ‘general guide and not as a strict rulebook’ it became clear that you understood the issues just fine.

In Revelation chapter two, Jesus speaks of a woman in Thyatira who is promoting an ideology of sexual immorality in his name. He gives her time to repent but, if she does not, he promises to remove her harshly. I care for you and don’t want you to come under judgement. That’s why I wanted to meet―to plead with you. But all I heard from you were the same lines I hear from my non-Christian friends every single day. I was looking at you as a person, but all I heard from your mouth was the spirit of this age.

You said that you cannot be my ‘gay Christian friend’. Sadly, I must now return the favour and say that I can’t be your orthodox Christian friend. At least not 'friend' in the classical sense of the word. And it is not because of your sexual desires. If you had doubts, that would be fine. We could talk. If you were one of my unbelieving family member or friends that happen to be gay, there would be no problem. If you were same-sex attracted, that would be fine too. I would never reject you on the basis of something you can’t control.

But you are going public with fake teaching that promotes immorality and openly acting out in sinful, sexual behaviour. I must now obey Scripture and distance myself from you for the sake of those in the church that you are trying to influence.

But if you ever want to really talk again, if you want to reconsider your ways, the light is always on for you.

You repeatedly refer to me in your letter as ‘non-affirming’. I’ll accept that label, but so must you. We are just non-affirming about different things. You won't affirm Christian sexual orthodoxy. I won't affirm your attempt to baptise buggery.