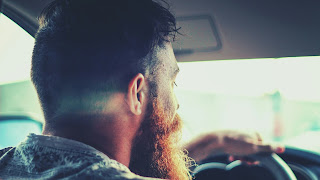 HE FINISHES HIS PRAYER, lifts his head, and stands. The sweat from his exertion kisses the cool mountain air as he surveys the familiar hills all around. He knows today is the day. Today he goes to the city.

The city. Samaria. Geographically, it is only 30 miles and one river crossing away. But it may as well be 3,000 miles and an ocean away. The city is where the educated, religious, and political elite play their polished games. And, as a man from the rugged terrain of Gilead, it isn’t really his vibe. He doesn’t do polished very well. Even his wardrobe places him apart from the posh urbanites. His rough camel hair tunic and old leather belt contrast sharply with the latest designer threads brought straight to the Samarian top shops from the boats that dock in Tyre’s port. As a Gileadite, he doesn’t do dandyism. Elijah isn’t your model metrosexual.

The Prophet sets out. He's been given a message from the Heavenly King to announce to the man who now sits on Israel’s throne. How will he say it? He’s never been talkative or given to clever wordsmithery.  Just how does one throw down the gauntlet and tell the royals that their darling Baal is fake deity? Might as well stick with the direct approach.

Your impotent rain god has about as much chance of rescuing you from Yahweh’s coming drought as I do of winning the Miss Israeli Beauty contest. Crops will turn to dust, the economy will falter, and people will die. So, um, no more rain.

‘Until when did you say?’

Until I say otherwise.

When Elijah started praying, he probably didn’t know that God would draft him to be a spokesman as well. Our crowd-averse desert preacher may well have experienced a similar reluctance to Moses when God sent him from looking after sheep in the wilderness to stand in the courts of a cruel Pharaoh and deliver an equally unwelcomed message.

We are born cowards. To be truly courageous, we must be born again. Elijah trembles before God. Men who do so rarely tremble before other men―even before a king who holds the power of death in his command. The fear of God is what makes Elijah fearless.


Centuries later, the half-brother of this world’s Saviour sums up the life of Elijah in two words: he prayed. Everything else that he does is a footnote to and an expounding of that. Before our prophet is anything in public, he is much in private. And after crying out many words to the God of Israel, he’s now been given one from Him―one to execute before the reckless ruler and his poisonous princess bride. This rustic son of the sands now hikes to the capital with a divine word that will soon be the talk of all who dwell in the Samarian halls of power.
______________