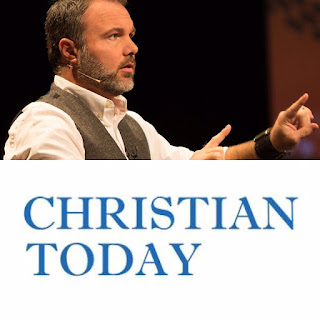 Sometimes in the course of events, a peculiar thing happens that then triggers a response more peculiar still. This is what we now see with the return of Pastor Mark Driscoll to the church scene.

For those unfamiliar with the drama, Mark Driscoll was a church planter and Bible teacher who made a big impact in the least churched city in the USA: Seattle. Thousands professed faith in Christ through his ministry. But he left the church that he had started under dark circumstances. No, it wasn’t adultery as is so often the case with some of these big-name preachers. Rather, it was heavy-handed leadership―resulting in many spiritually crushed church members―that drove him to resign.

Now, three years later, he is leading a new church and many are downloading his sermons once again. This is not without some valid controversy―for reasons we’ll mention soon. But what is most noticeable is not his peculiar return. It is the reaction among those who lean left of classical Christian teaching: the theological Progressives. They are keeping their cool about as well as the planet Mercury on a sunny day―which is to say (for the cosmologically challenged)―not at all.

Of course, there are some clear heads among the orthodox who have some genuine concerns about Driscoll’s return which may be valid. Driscoll did release at least one tearful video in which he seemed to apologise. But some are saying that his ‘I’m sorry’ was only emotive and woefully insufficient (on a practical level) given the extent of the mess he left behind. There are still many hurt people back in Seattle, they say, and he has not adequately made restitution with them. He needs to clean up his mess before he steps back into public ministry.

Now, this may all be well and true. Perhaps he has not gone far enough to make amends. Leaders should do so. Spiritual abuse should be taken seriously. Lest anyone think that by this article I am turning a blind eye to the seriousness of such a sin, I have previously condemned it HERE, HERE, and even HERE. If Driscoll has failed to genuinely repent of heavy shepherding, then YES, his return is premature. There are some orthodox people, ones who are sensitive to spiritual abuse, saying such things now. I am not endorsing him nor denouncing him one way or the other here.

But all this is not why the theological Progressives are having hissy fits. The name ‘Mark Driscoll’ triggered these guys long before his ugly departure from the church he started. He has always been a persona non grata for them. Why? Because he effectively communicated historical Christian doctrines like atonement, that marriage is just for a man and woman, the submission of wives to their husbands, the existence of a real hell, and that (according to 1 Timothy 2) church elders should be men. Basically, all the doctrines that the theologically Progressive elite melt over. What’s more, he communicated these doctrines more effectively than the Progressive teachers ever did with theirs.

One of the ugliest examples of this Progressive reaction, here in the UK, is by the London based company, Christian Today (CT). It has disgraced itself by running an article by Martin Saunders (deputy CEO of Youthscape and Contributing Editor for the news company) that is anything but the cool, unbiased journalism that one would hope for from a news company that’s a member of the Evangelical Alliance and that has won ‘Best Christian News and Reviews Site’ more than once. 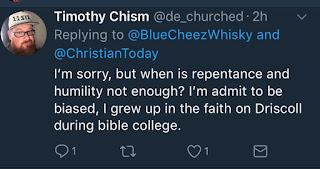 It should be noted that this isn’t the first time that Saunders has written and CT has published such an article. In November 2016, he wrote a harsh piece scolding Bill Johnson―another USA pastor that I may (like Driscoll) have a few differences with―when he let it be known that he voted for Trump instead of Hillary. Previous to that Saunders had been favourable towards BJ. He has also publicly dismissed Gospel Coalition articles on the subject of male-female marriage as ‘uncomfortably smug’.

Now, to the Driscoll article. From the very first paragraph in the CT article (HERE) Saunders doesn’t even hide that this is a hit piece. He starts by denouncing Driscoll for doing this comeback because he ‘craves an audience’. How Saunders has this divine insight into Driscoll’s motives, I do not know. To his credit, Saunders does at least admit to being angry as he writes: ‘When I write angry, I write fast’ he says on his Facebook link to the article. Perhaps if he had cooled down a bit, he would’ve realised that as an editor of an award-winning news company he’s attacking a pastor by imputing motive and various other accusations with little proof or citation.

Lest anyone think that I am exaggerating about just how biased this journalism is, let me give an example. I looked up Saunders accusation that Driscoll ‘previously referred to women as “penis homes”’. If this was true―and if Driscoll had not repented of saying this―it would indeed serve as a bad indictment against him. Sadly, it seems that CT is creating fake news to suit is own purposes (I would guess they are theologically motivated but, unlike Saunders, I cannot see inside men’s souls). Here’s what Driscoll said in context (he is talking to men)

It is not your penis. Ultimately, God created you and it is his penis. You are simply borrowing it for a while… when you marry her and look down you will notice that your wife is shaped differently than you and makes a very nice home.

Was this it? Was this really the basis of the accusation by a Christian Today editor? Ipso facto, Driscoll is warning men against adultery. Contra CT, he is not calling all women ‘penis homes’. He is saying that a husband should think of his wife as being a home for his sexuality (as opposed to looking at other women). Now whether you or I think that’s the best way of describing martial fidelity or not is a different matter. But when the context is considered, it’s a far cry from the misogynistic slur that Saunders makes it out to be. 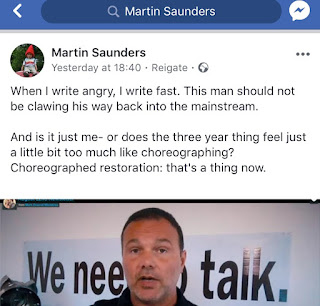 Why would CT do this? When exactly did CT’s editors stop caring about context? When did Christian Today start publishing articles written with lots of feeling but no fact checking? 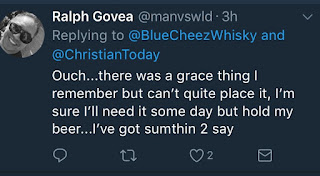 What is most unfortunate about Saunders and other Progressive voices is the double standard. When many Christian leaders distanced themselves from Rob Bell for denying some classical Christian teachings in his books, Saunders called their actions ‘heavy-handed and brutal’ (HERE). When Rob Bell remerged under the tutelage of Oprah Winfrey a short time later (shorter than Driscoll’s three years) Saunders was all about how we should welcome back this great leader and not hold grudges. When most Evangelical leaders declined to warmly receive back the unrepentant Bell, Saunders wrote, ‘Conservatives often aren't very nice’ (HERE). How ironic. Now that a leader is returning to ministry that is not from Saunders own theological fold, will he show us barbarian Evangelicals what ‘niceness’ and tolerance are supposed to look like? I trow not. Bell is progressive and therefore deserving of ‘niceness’. But Driscoll is Reformed… ‘nuff said.

For some, tolerance seems to be a one-way street.

Classical Evangelicals may indeed have some valid concerns or queries about the timing and manner of Driscoll’s return to ministry. But sadly, it will now be difficult to take seriously Christian Today as a source of unbiased information concerning it.
(Download a FREE e-copy of our book: Elijah Devotional)
______________