Throwing the Patriarchs Out with the Bath Water 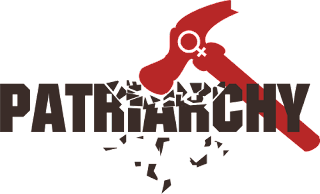 ELIJAH PRAYS to the God of the three men known throughout Scripture and church history as ‘the Patriarchs’. He cries to the God of Abraham, Isaac, and Jacob. He publicly addresses Yahweh before the multitude in this fashion to contrast the spirituality and sexuality that he proclaims against that of Jezebel. He calls his generation to choose between two opposing ways of seeing the world. The difference between them affects everything from how we pray, to what we do with our pants, to what marriage means.

Patriarchy is currently a socially charged term and open discussion on the topic is often difficult as is any subject that is to do with gender or gender roles. The ASA here in Britain passed a law this year against the display of women in traditional roles in advertising. Theoretically, this means that a woman cannot be displayed in an advertisement picking up children’s socks in the living room unless she is also displayed marching through the desert carrying a sledgehammer and wrestling an alligator.

Many Feminists take it as their war cry to ‘smash the Patriarchy’. But not only is patriarchy a term that triggers, it is a term filled with ambiguity and confusion. Just what is it exactly that we are talking about? This makes it even more difficult as the term evokes different ideas for different people. There is 19th Century Victorian Patriarchy, Islamic Patriarchy, Greco-Roman Patriarchy, and Biblical Patriarchy. Some believe that we should smash everything even connected with this term regardless of cultural or historical context. Others believe we need to look closer and be more nuanced in what we choose to reject, lest we throw out the father with the bathwater and Western civilisation get's wrecked by the smashing zealots.

Patriarchy has not always been a charged term. It has not always been enunciated as if it were synonymous with Beelzebub. Not long ago in Western culture, patriarchy was generally understood to mean the process that most young men went through in order to become men. For a man to be taken seriously, he had to demonstrate a capacity to work hard and wise enough to be able to support a wife and raise well-adjusted children. 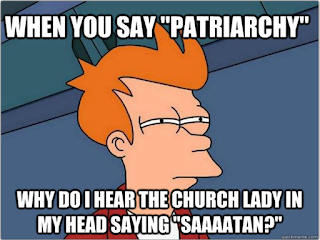 This understanding has not been completely lost. Even today, there are men who can testify that marriage and children has forced them to lovingly lead and sacrifice in ways that laziness and moodiness in them would not have wanted. Being challenged to do marriage and family in godly ways changes us and pushes us to lead in ways that our passive inner-Ahabs may naturally resist. Yes, some men choose not to marry and employ their talents in other fruitful ways―and we will talk about the gift of celibacy later. But celibacy is the exception, not the rule.

Though historically noble, Patriarchy has developed a new connotation over the last few decades, and it is not a good one. Whereas the understanding of the word used to focus on the responsibility of the maturing young man, it now implies the oppression of women. It has gone from something to be applauded to something to be abhorred.

Most radical Feminists now want to smash everything under this banner of Patriarchy without taking the time to appreciate the vast differences that exist between the various systems associated with this term. This goes from the most ignorant Neanderthal that thinks that girls should not be able to read and rules his house like a dictator all the way to the soft and tender ‘mild complementarian’ who always wears cardigans and is constantly apologizing to Feminists for how horrible men are. Modern feminists want to smash the whole thing. They want to smash all the various worldly patriarchies as well as Biblical patriarchy.
With Feminists, Christians should agree that there are some things called Patriarchy that should be smashed. We can agree that there is much oppression of women in this world and rightfully denounce it. Some MRA (Male Rights Activist) readers may be quick to add there are also ways that men are treated unfairly. Quite. We will address that later. For now, let us agree that the widow burnings of India, the acid attacks in the Middle East, the wife beating of North Africa, and female genital mutilation are all forms of female oppression that should be resisted by followers of Christ. If such acts are what people have in mind when the term Patriarchy is used then ‘no’, we should not be patriarchs. Give us a hammer, let’s start smashing.
But these things are not what the Bible or Christians have historically meant by the term. Some mix this sort of violent oppression up with other things and soon ideas get muddled and we end up passing around ideological cocktails into the conversation. These cocktails are made by those who have an agenda that they want to sneak through instead of subjugating it to clear and open debate. This is sad. Because under the banner of ‘smashing the patriarchy’, we usually end up not addressing the areas of the world where women are oppressed the most. Instead, many use the expression to promote certain gender heresies here in the West. And the results have been unfortunate. 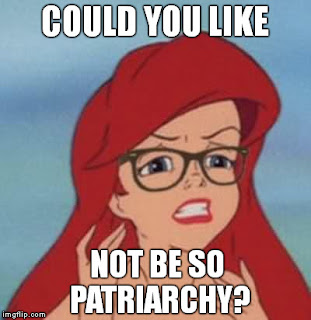 In pursuit of revival and reform, the Western church needs to rediscover what the Bible―not culture―means by patriarchy. Culture changes. We would label the Angles and the Saxons of the 5th-10th Century as patriarchal, yet they had much more open ideas about gender roles than the more narrowly defined ideas of the Normans who invaded our islands in 1066. Often those who reject Patriarchy outright have a particular idea in mind and fail to consider the good some forms of Patriarchy have brought the family unit and wider culture over the millennia in cultures around the world.

Today in the UK we have over 3 million children going to bed each night without a father. They are not fatherless because of too much Patriarchy. They are fatherless because young men are not raised with a vision of manhood that involves marrying a woman and raising healthy, loved children. Instead, thanks to fifty years of social engineering that has been introduced under the banner of liberation, young men are raised to think that manhood involves drinking loads of alcohol and sleeping with as many girls as possible without having to accept responsibility for unwanted children. In the 21st Century, young women are often treated with all the respect of a used car and young men continue to act like boys well into their early 30s―if not longer. This would have met with much social shame 60 years ago. But today, few people care. Could the lack of young men interested in marriage and children be the fruit of indiscriminately ‘smashing the Patriarchy’?

God created sex, marriage, and children to be a one package deal. One man, one woman, one lifetime―that is the context for sex. If a young man wants sex, he needs to demonstrate first that he has what it takes to be a good husband and good father. Sex was not seen as a right. It was seen as a privilege―a privilege for a man who was mature, capable, and ready to take a wife. Separating these things has done far more harm to women in the West than all the individual cases of hyper-patriarchal abuse combined. Sadly, it is often Feminist groups that promote these notions, thus betraying the women they claim to work for.
Yes, there will be some men who will choose to forgo marriage to better serve God. Elijah was one. But most will serve God in marriage and by being fruitful and multiplying. Raising young men with a vision to marry and raise up children flies counter to the laddish culture of today. Our culture does not raise a lot of men. It raises ageing boys.
Some of what is written here may be triggering. And, granted, a word of warning is in order. While we need to affirm the Creational gender binary and celebrate the uniqueness that exists between men and women, we must do so while holding up an obligatory caveat as many Christians tend to swing from one extreme to another. When some speak about rediscovering the godly development of boys into men, traditional ideas are often imported. We need to be careful here. We should not assume that everything done in the past was good, nor that all Feminist achievements are essentially bad. As we’ve said, some things that are called Patriarchy should be smashed. I have several books on my shelf written by women. I have learned a great deal from these ladies. I find the writings of Amy Carmichael and Catherine Booth to be particularly full of fire.
________
A barracks is meant to be a place where real soldiers were to be fed and equipped for war, not a place to settle down in or as a comfortable snuggery in which to enjoy ourselves. I hope that if ever they, our soldiers, do settle down God will burn their barracks over their heads!
-Catherine Booth
Speaking about her hopes for the future of the
Salvation Army which she and her husband William started.
________
It would be easy to embrace ideas of faux manhood or womanhood from traditional culture instead of from careful exegesis of the Bible. It could also be easy to create legalisms and become gender Pharisees. Culture varies and there is freedom in the methods we might use in the raising of men (so long as our goal is just that: raising men). We are not trying to establish Pride and Prejudice.

Nor do we want the sort of Patriarchy described in the Qur’an. Simply reacting to laddish culture without careful Biblical reflection can create stifling gender roles that oppress instead of ones that direct and cultivate actual maturity. We are called to follow Christ, not the Sultan or Mr Darcy.

Confronting a laddish culture that seeks sex without children is an Elijah ministry. The angel Gabriel declared about John the Baptizer that he would be like Elijah in turning ‘the hearts of the fathers back to the children’. This is what the Bible means when it speaks about Patriarchy: men whose hearts are set on children. Abraham was a Patriarch because of his heart for Isaac and his desire raise up decedents that would serve Yahweh.

Men: if you get married and seek to do this in a God-honoring way, you will suffer. To righteously lead one of God’s daughters and her children will involve the regular sacrifice of your own dreams and desires. It means getting off your phone and playing with your children. It means talking with and listening to your wife when you would prefer a nap. Anyone who thinks Biblical Patriarchy means the bloke gets to do whatever he wants has not done his homework and is still ignorant of what Christ-like leadership means. You are a heretic and not orthodox in your Patriarchy.

Being a Biblical Patriarch means having a vision of seeing your grandchildren preach the gospel and worship Jesus―and having this vision 25 years before they are even born. A Biblical Patriarch is one who prays for his descendants to honour and obey God, long before he even has any.

A Biblical Patriarch lays down his life for his family. And it is to the ultimate Patriarch who will one day make this ultimate sacrifice that Elijah now prays.
_______________