How to Give & Receive Hard Words 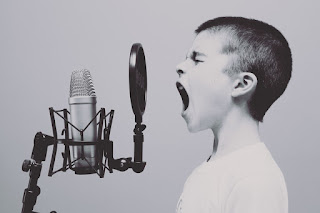 SINCE the whole episode at Mt. Carmel, Elijah and Elisha have had a measure of freedom in their preaching work. After that mountainous revival hit, Baal’s police-priests were slaughtered and public opinion partially turned against Jezebel’s despotic religious agenda. Spiritual revival is turning into a more permanent expression of reform in some quarters. This is not to say that the nation has successfully repented. But a small bit of light is now shining and a faithful few are on the march. At least 50 preachers, known as ‘the sons of the prophets’, are in Elijah’s tutelage and people are listening to them.

At this time, God calls Elijah to give a hard word to King Ahab. Ahab had ceased government-sponsored persecution of the prophets and had shown an openness―albeit a small one―to Yahweh’s prophetic word since their last encounter. Elijah had at least some reason to be encouraged that his prayers for Ahab were taking effect. But now God has given him a hard word and, as a messenger, he must be obedient to give it whether he wants to or not. Love without truth is mere sentimentalism.
Jezebel has killed a righteous man. The most blasphemous Queen that Israel has ever known had Naboth run through a kangaroo court and executed on fake charges of blasphemy. The irony is dark as are the days. Like many of her spiritual daughters throughout the ages, Jezebel executed her agenda by wrapping it all up in a religious veneer. She called for a time of fasting and asked for the charge to be confirmed by two (fake) witnesses in accordance with Mosaic law. Etiquette is etiquette. Especially in religion. If we are going to murder an innocent, let’s do so properly. Evil can be impressively civilised.

The means of execution was the slow, painful death of stoning. Not only was Naboth killed this way, but Jezebel had all his sons killed so that there would be no one to inherit the land she wanted to give to her husband as a gift. Ahab at least partially knew what happened―though perhaps not all the details. But when God gives you the authority to lead, he doesn’t let you escape responsibility if you turn a blind eye to matters. King David went to great lengths to separate himself from the shedding of innocent blood that was done by those around him. By contrast, Ahab delightfully goes out to inspect his new garden while the dirt is still wet with Naboth’s blood.
The King is strolling about the vineyard―celebrating the most futile of his misadventures to date―when Elijah appears. He sees the prophet and irritably greets him with the title of ‘my enemy’. Enemy? How many of us see the world like this? How often do we feel someone is our enemy because they tell us hard truths? Correction often feels like condemnation when we love our sin. Yet, there was no one else who prayed for Ahab’s redemption like Elijah. Still, Ahab viewed him as an enemy. True friends do not always feel friendly. Our best friends will love us more than the fun of a relationship with us. They will risk our rejection in order to tell us what we need to hear.

Correction Rejected
Let’s flip things around. Stand in Elijah’s sandals a moment. How would you respond if someone labelled you an ‘enemy’ like Ahab did? What if you had been the one who firmly but lovingly spoke hard words to a friend―only to have them treat you like a foe? Most of us would find the experience painful. Our efforts are met with rejection. We get hurt, then angry. We either explode in their face or we quietly let our past concern and love for the person turn to bitterness. Our friend treats us like an enemy when we are trying to be helpful―so we react by treating them like an enemy in return. After lust, the most common character issue men report struggling with is anger.
Elijah doesn’t do this. He doesn’t call Ahab an ‘enemy’ back.  He doesn’t get verbal revenge. He doesn’t yell, ‘Do you know how much I’ve prayed for you?! Can’t you see that I’ve only been trying to help you break free from the influence of that crazy she-demon of a wife that you’re married to?! I’m your true friend―not her―yet you still treat me like rubbish!’ No, Elijah doesn’t lose his temper out of self-pity or feelings of personal injustice.

But he doesn’t back off either. Our culture often talks about the sin of giving offence. But Elijah knows that the sin here is one of taking offence. Elijah knows Ahab finds his words offensive. But he doesn’t say ‘Enemy?! What? Did what I say hurt your feelings? I am soooooo sorry. Tell you what, let’s drop the whole thing and go grab a pint of lite beer.’ No,

Elijah is neither personally bitter at the unjust way Ahab has treated him, nor does he cower at Ahab’s indignant reaction. He doesn’t lose his cool. He calmly and faithfully pronounces God’s word to him―words that are hard to say and hard to hear. They are words about sin, judgement, and demise. These are gospel words. They let men know that ‘the wages of sin are death.’ Elijah is a faithful friend―though Ahab does not acknowledge him as such. He is not controlled by Ahab’s rejection. Ahab does not have the power to make Elijah stop caring for him or honouring him as King.

The New Curse
This works for those of us who speak to a wider audience through preaching or writing. In the 1950’s, at the height of McCarthyism, it was the term ‘communist’ that was used to ruin someone’s reputation―even with little or no evidence. Today that word has been replaced. ‘Xenophobe’, ‘racist’, and ‘homophobe’ are the pejoratives they now ejaculate at you in their arrogant hysteria. Those who do not know us well may hurl these verbal grenades because they see us like Ahab saw Elijah: as the enemy. This gives us the opportunity to grow in love by responding with blessing to those who curse us. We don’t respond to haters in kind.

The fact that someone treats us as an enemy does not mean we need to respond to them in either fear or aggression. Someone’s hatred of us does not define us. God’s love does. People might get angry at us, but we know that this is never our goal. We are not those who get a kick out of working people up. Success is not making lost people angry. There are lots of egotistical and rude ways we could do that. Success is making hell angry.

Elijah gives the hard word. Though Ahab was not technically guilty in the modern, legal sense of the murder of Naboth, he was responsible before God. Elijah does not let him hide behind his wife’s guilt as Adam sought to do with Eve. Elijah enunciates the divine sentence without dilution. It is prophecy with testosterone. And it works―at least to a degree. Ahab responds with a measure of humility that we have not seen before, not even at Carmel.


Amazingly, Ahab’s repentance is enough for God to extend mercy and withhold judgement for a generation. Elijah didn’t give up being loving and faithful in his exhortations, prayers, and rebukes towards Ahab and in the end, it bore fruit. This is the challenge for us: refusing to see even the most treacherous flesh and blood as our ultimate enemy, but always as an object of possible redemption.
___________________

This post is an extract from the book Elijah Men Eat Meat: Readings to slaughter your inner Ahab and pursue Revival and Reform
Email Post
Labels: elijah and ahab how to give correction rebuke