A Depressed and Lonely Christian 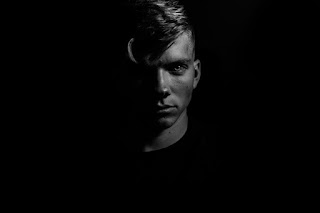 Elijah is depressed. At the very least, he is in a funk to the point of no longer wanting to be alive.

Like a lot of mental health sufferers, it seems so illogical to outsiders: didn’t Elijah just have a major victory? Doesn’t he have a lot to be thankful for? Why isn’t he happy? Sometimes our internal pains make sense. Sometimes they do not.

We find Elijah under the tree and he is so disillusioned that he wants to die. Many of us have been there at least once in life―maybe twice. Maybe more. Few things wound a man like disillusionment even though we may mentally acknowledge that the removal of our illusions is good for us.

Our Long Saturdays
I write this on the Saturday before Easter. Some have called it ‘Long Saturday’ or ‘Silent Saturday’. It is the Saturday when the disciples were hurt and confused. The circumstantial drama of the crucifixion was over. The joy of Easter had not yet begun. The wound had been delivered. Now they were processing their pain.

Disillusionment is a particular type of mental suffering. It is the effect of unmet expectations and disappointments amplified. Sometimes disillusionment is in the form of circumstances: the ideal job you wanted is not what you thought it would be. Sometimes it is in the quality of our churches: the people and leadership have a far more toxic culture than you ever anticipated. And other times it is in a relationship: a close family member or friend is not there for you in the way that they promised they would be. They may be suddenly gone. Or, you may realise the relationship was not at all what you thought it was. That is hard.

We men fall to pieces so quietly at times. We hurt―but no one knows or understands how. At times, God allows his men to undergo this baptism of darkness. A minister of a previous generation once said that before God can use a man mightily, he must first wound him mightily. Perhaps. Sadly, Elijah’s loner ways have caught up with him, and there is no one around to encourage or comfort him. He goes through this valley with no human companionship. 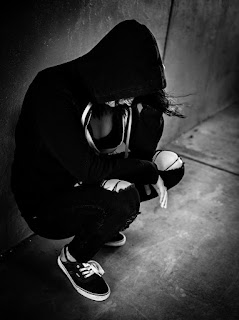 This loneliness seems to be as much a dynamic in Elijah’s breakdown as the disillusionment. Elijah tells God twice that ‘I alone am left’. That is not quite true of course. But it is how we feel at times. Loneliness is a cancer. It has destroyed far more Christians than homosexuality ever will. This spectre sneaks up on you and drops a surprise kiss on your soul like a fart from hell. It festers. Pastors suffer more than most―often unconsciously so. Spiritual leadership on that level is isolating, especially when most of the people you serve don’t understand what your job actually entails. Many come to you with their problems, but who do you go to with yours?

In this book, we focus a lot on pornography and LGBT ideology. We haven’t said much about the adultery of pastors even though that has been hugely devastating to many. There are a couple of reasons for that. The first is that there are currently no high-profile religious leaders writing books and giving talks about how it is morally acceptable for a pastor to commit adultery. We are not being asked to affirm them in their transgression. We all know it is wrong, even though it happens. If a pastor is found to be having an affair, he is removed. (Unless he has an affair with another man. Then he is applauded for coming out―depending on his denomination.)

Lonely Affairs
Pastors do not have affairs because they are encouraged to by fake teaching. They usually do not even have them out of lust―most ministers don’t have that level of energy! The majority of pastors who have had affairs have done so because they are lonely. They have a lack of healthy friendships, or an unhealthy marriage, or both. This is true of many Christian men, but especially pastors. For such a man, the affair is not the primary problem. It is the fake medication for the primary problem. Always encourage your pastor to take time away from ‘church work’ to invest in healthy relationships where he can be poured into. Your pastor probably pours out far more to you and your congregation than he gets poured into.

The author of 1 Kings does not give us a full report on how Elijah slipped into this unfortunate state. After all, he had just performed a mighty miracle and won a decisive victory over the false religious teachers. Many of his countrymen turned to God as a result. Isn’t the success of revival supposed to make you feel better? He now has fans and a huge social media following―how could he be lonely?

But in spite his victory, this is where we find Elijah. Everything was building towards the confrontation at Mt. Carmel. And now it is over. It is a bit like how many people experience the intense build up to Christmas, only to feel empty once the celebrations are finished. Now Elijah is left wondering if his greatest moment is past. What else is on life’s radar? What do we do when the glory is gone and we are left with nothing but good memories? How long will this darkness last? What is there to live for?

It is impossible to see Easter morning when you are in Silent Saturday―but it is coming. God is now doing his silent work in the confusion and the pain. You are treading paths that God’s men have plodded along for centuries. Keep being faithful. Be obedient to what God has given you to do. Invest in your relationship with Him and in healthy, honest relationships with brothers and sisters. God’s grace often comes through letting other saints speak to us in our vulnerability.