Revenge of the Eunuchs 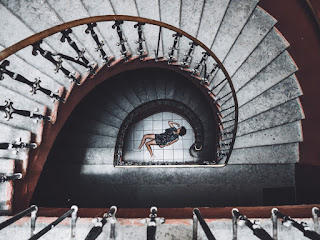 ‘The eunuchs threw her down and blood splattered on the wall.’ -2 Kings 9

Jezebel sits as queen bee over the nation of Israel. She births a hoard of idolatries and immoralities as the people blindly slave to increase her power.

That which godly men in a godly age are ashamed to think about, she has now made common practice. She has unleashed a torrent of spiritual sewage over the decades, but today the Almighty is calling her to account.

Elijah had prophesied to Ahab years earlier that dogs would one day devour Queen Jezebel’s flesh. That time has arrived. Yes, God does give the command for some people to die. Yes, this includes women. Before God's judgement, none of us get to claim victimhood status - regardless of gender or race.

Being chewed up by dogs may seem overly violent to us. But it is an appropriately ironic end for the Bible’s most blasphemous bitch. This doom would seem bad in our day. But in the Ancient Near East, it was worse than bad. It was an abomination. Dogs were unclean. They were wild―not pets. It would be akin to being eaten by rats.

In any case, the Queen probably never imagined Elijah's word would come to pass. But every true word of God does. And it is interesting that God’s sovereignty had ordained for eunuchs to fulfil it. It is eunuchs who slaughter this royal harlot. They toss her from a tall tower. One who manipulates and destroys by perverting sex, cannot work her charms over the ones for whom sex has no controlling hold.

Jesus & Eunuchs
Jesus speaks of eunuchs. He had been speaking to his disciples on the subject of marriage and divorce. He affirmed to them that marriage was to be between one man and one woman for one lifetime. The disciples questioned if it was not better―since divorce is forbidden―to remain single. Perhaps the disciples were being a little bit cheeky in asking this. After all, in that conservative, Jewish culture, everyone got married―so Jesus’ reply must have shocked them.

Jesus lists three types of eunuchs. There is some debate about what is meant by the first―those eunuchs who are ‘born so’. We understand the second―some male slaves had their parts removed for service by powerful rulers. In neither of these cases is being a eunuch seen as desirable. But then Jesus mentions a third type of eunuch. A voluntary one.

No, it doesn’t involve getting a knife and doing extreme surgery on yourself. Jesus is speaking of those who will live celibate lives for his glory. These are people who will show the world that sex is not their ultimate treasure. This is not the spiritual gift a lot of young people are eager to get. ‘Not all can receive it’ the Master says. But Jesus, as a single man, modelled it himself. The apostle Paul was also unmarried and he seemed thankful for that fact.

Same-Sex Attracted Christians + Others
Some of these may be people who have SSA (same-sex attraction) and no opposite-sex attraction. In popular speak, we would say they are gay without any hints of heterosexual attraction ever sneaking in. They forgo satisfying sexual urges out of obedience to Christ and they do not pursue marriage with someone of the opposite gender. Some of the UK’s most powerful Christian leaders fit this description. But it doesn’t have to be someone with SSA. Some may simply choose―regardless of sexual desires―to lay marriage aside to better serve God.

Those who voluntarily embrace celibacy are an offence to Jezebel. Part of her power lies in sexual trickery. But there are those who will not be controlled by that. This manipulative misleads because she teaches people to equate intimacy with sex. But whereas we all need love and intimacy to prosper, we do not need sex to do so.

Those who voluntarily choose to live celibate lives for the sake of Christ, have a special authority to confront the sexually immoral teachings and behaviours of our day. Yes, all of the pure hearted―married or unmarried―will have a degree of authority to confront her. But especially them. They are the ones who throw her down from the tower to the hungry dogs below. Twenty-four hours later, all that will be left of the Queen is little piles of dog poo. A tribute to the wages of the sin and the victory of the eunuchs.

This has been an extract from our book Elijah Men Eat Meat: Readings to slaughter your inner Ahab and pursue Revival and Reform