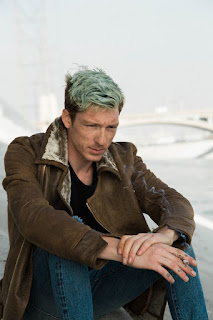 I AM HEROD. My friends call me Antipas. I am not the Herod you hear about at Christmas―the one who slaughtered all the babies at Bethlehem. That was Herod the Great, my father. I was only a teenager when that happened.

Life started out well for me. When I began my reign, I had favour with the powers in Rome and accomplished some successful building projects near the Sea of Tiberias―or Galilee if you prefer the old, parochial speak. But despite these earlier successes, things did not end well. The marriage to my second wife, Herodias, added fuel to a border dispute I was having with King Aretas and a war broke out. He was annoyed―among other reasons―over the starter marriage I had with his daughter. (I divorced her to marry Herodias, you see.)

I lost that war because the reinforcements from Rome, ones that I had been depending on, never showed up. Two years after that, my nephew accused me of treason to Emperor Caligula. I was then sent into exile where I am now―to Gaul of all places! I was sent here with nothing but my wife.

There was a young preacher-man named John. A strange lad who lived in the desert and only ate insects and bee’s sugar when he wasn’t fasting. He had a bold spirit and warned me against marrying Herodias. She had been the wife of my half-brother since a very young age. But I was the ruler and I desired her. So, I invited her to be my wife. She divorced him and came to me. Whether she ever wanted to be married to me for me (or just for my throne) I do not know. I certainly did not care too much back then. She looked amazing and she made me feel amazing.

But, the Bible...
But in order to be ruler over those fundamentalist, Jewish nutjobs, one is supposed to obey what Moses wrote about gender, marriage, and sexuality and that meant I couldn’t divorce my wife to marry her.

But really, how are we supposed to adhere to that stuff in our modern day? That was over 1,000 years ago. We’ve progressed so much since then. Moses predated Aristotle and Plato. People thought crazy things back in Moses’ day. If I really loved Herodias, why should a Mosaic law, written in primitive times, keep me from her?

But when I listened to John preach the first time, I wasn’t so sure. He was 15 years younger than me, but spoke with amazing conviction. I did not know if he was a wacky kid out of the desert or if he really was a messenger from the God of Abraham. People were whispering that he was Elijah back from the dead. To be honest, I was shaken. I wondered, What if John is right? What if I should deny my lusts instead of pursuing them? What if the love I have for Herodias is not meant to be followed? What if certain ideas that my sophisticated Greek and Roman education taught me are wrong?

I took my uncertainties to my new wife. She reassured me that love could never be sin and that John was nothing more than ‘a fundamentalist, misogynistic, hate preacher’ to use her vocabulary. She wanted me to have him executed for rebuking us publicly. But many people believed he was a prophet and I, though I didn’t tell Herodias, was not 100% sure that he wasn’t. Instead of executing him, I had him silenced by locking him up in prison for his hateful speech against us. Herodias was not thrilled that I let him live. But I thought she would respect my decision as ruler and be satisfied that he was silenced.

Hot Girl Dancing
Then there was my birthday party. It was a proper blokes party and there was plenty to drink on tap. All was going well―until Salome showed up in that outfit. 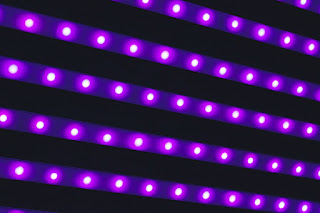 Who is Salome? Salome is my wife’s daughter―a teenager at the time―and she had inherited all of her mother’s feminine appeal and charm. I had noticed her before, but had never touched her out of fear of my wife. But now she was in my man cave (willingly!) and she wanted to give me the birthday present of a striptease. With all that beer in me, what man could say no? She began to dance. And she… she was incredible. It’s ok, she’s not my real daughter, just my stepdaughter. She’s here because she wants to be―no one is forcing her! I repeatedly told myself as she danced.

I was dizzy with desire. But I was not alone. There was not a man in the room who didn’t have drool running down his beard.

But the whole show was poison! And this is why I write to you. Herodias was playing me like a fool. She had sent her daughter in there, knowing I was a lusty man. She was furious that I had not killed John and she was using her daughter to get her way. During the dance, Salome got me to promise to give her whatever she asked for. I was in such a state of drunken ecstasy that I agreed. How could I deny such cleavage?! I swore before all my guests that I would give her whatever she asked for just don’t stop dancing like that!
Don’t all men swear such things when they’re under the influence of sex? Eros! Now there’s a deity no man can tame.

Then, the dance ended. The music stopped. And she did what I had not expected. She asked for the head of the preacher on a platter. My conscience screamed the way a man’s does after he realises the wages that his sin pays. Surely there must be way out of this! I looked around the room. All eyes were on me. What could I do? I may have been a pervert, but to be a ruler worth my salt, I had to at least be a man of my word. I could not break a promise. Not a public one anyway.

Somehow in that moment I was sober. I knew that John was a prophet. Certain. He was in a dungeon while I was in the best room in the castle. He was languishing while I was lusting. And my sin was now the judge and jury that would silence his powerful voice forever.

I regretted what I did as soon as I had done it. But regret is not repentance. A year or so later I had the chance to set another prophet free, but I didn’t do any better towards him either. This one worked miracles. But he refused to even speak when he was brought before me. I was offended by his lack of respect so I mocked him and sent him back to Pilate who executed him. Some believe that prophet rose from the dead.

Now I have nothing but this house in southern Gaul and the woman who I married contrary to the Law. Had I submitted to John’s baptism of repentance, if I had stayed with my first wife, how might my life now be different?

Men, do not follow my example. I had it all. But sin took me further than I expected to go and made me pay prices I never expected to pay. Men, listen to the words of the prophet. The fires of lust may burn strong, but the fires of regret burn stronger still―and I have a gnashing of teeth that feels like it will never end.
-Herod