Natalie Collins and A Feminist View of History

Summary
It was a painful discussion. Yes, they managed to be polite in the way British Christians do when they disagree. They were frienemies. As this article expresses disagreement with Natalie's position and, in anticipation of a firestorm of commentary and reprobation, I shall start by saying that my respect for Natalie has increased from listening and it has in three ways.

First, Natalie represented her ideology better than her debate opponent (IMHO) who made a number of errors throughout the debate. Phil started well by calling out Natalie for implying that God was unfair for not making men able to get pregnant. But sadly it went largely downhill form there. The first half hour of listening passed like a kidney stone. The second was worse.

Next, Natalie dispenses genuinely helpful advice to domestic abuse victims (though it’s female victims only it seems). In so far as she does this, more power to her.

And third, we must give credit where credit is due. Natalie was willing to debate her ideology publicly. Many feminist's and progressive activists are not. She get points for being ballsy.

Having given her credit for courage, her help to (female) domestic abuse victims, and articulating her case well, I now explain why I disagree with her position. It is no minor disagreement. It’s not that what she said on the podcast was unusual. Hardly. What she said was only too typical of feminist talking points. But is worth looking at and seeing why it such a monstrosity.

Rev. Moore asked what she does with passages like 1 Peter 3 (49m20s of the video) which calls for wives to submit to their husbands. Natalie responded,

‘We have to accept that the Bible writers were extremely patriarchal. Women didn’t have rights, women couldn’t vote in their context.’

This vacuous argument raises two issues that seem to be part and parcel of feminist theologies. The first is a dysfunctional hermeneutic. The second is an inexcusable view of human history.

Hermeneutics
If we believe that some parts of scripture are insufficient, because the human authors are constrained by their culture (often referred to by feminist theologians as a ‘hermeneutic of suspicion’), then where do we draw the line? How do we know what parts were written under the inspiration of the Spirit and which parts were merely a flawed human expression of cultural values? If our culture is different from that of ancient Rome’s, what standard exists to know if those differences are a progression or a regression? Who’s to say if we’re getting better or worse. If the ideal is feminism, presumably we could say we’re getting better. If the ideal is patriarchy, presumably we’re getting worse.

But how do we know the ideal if it’s not from scripture? If Paul and Peter were patriarchal, are we more enlightened than them because we’re not? Do I reject apostolic patriarchy because I was born in a Western country in the 20th century and I therefore know better? If we dismiss the passages that don’t fit the feminist narrative because the apostles were, in Natalie’s words, ‘extremely patriarchal’ than it’s simply my preference versus your preference. I like french vanilla flavoured feminism. You like pistachio patriarchy. Whose to judge?

Obviously not the writers of Scripture.

History
Here’s where we really taste the fruit from the wild and woolly tree of Womyn’s Studies. The fact that Phil Moore didn’t call out this screwball misrepresentation of human history is a shame. He let quite a bit slide, but letting the whole  ‘women couldn’t vote’ in the Roman Empire was a doozy. There’s regular spin and then there’s industrial-grade propaganda spin―and this feminist talking point is certainly in the second category. 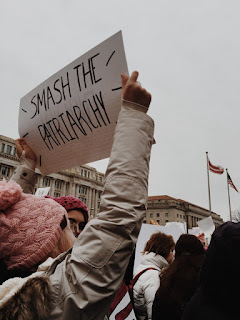 Were women politically oppressed back then? Of course they were.

98+% of the population was politically oppressed.

The elite ruling class was very small and the mass of humanity that lived hand to mouth was large. Yes, there was a middle class in the Roman empire but, as David Mealand points out, ‘there was perhaps a small middle class which did not have much influence.’[1]

The doctrine that proclaims human history as a narrative of all men having all the power and all women being continually oppressed is a demonic abortion of filth and fire.

It is a popular doctrine nowadays, but it is dishonest and ideologically driven

Where did this idea come from? To fuel its cause, Feminism adapted the Marxist view of history which saw all of history in terms of simple class struggle. Marx saw history through this lens and predicted that the oppressed Proletariate would arise and through off the oppression of the privileged middle class. Feminism simply replaced Marx's class with gender. It sees human history as a class of privileged men sitting atop an oppressed Femetariate class ready to arise and throw off their patriarchal shackles.

But this doesn’t line up with actual history and anyone who says that it does needs to go cuddle their pet unicorn. As Arlandson notes, 'upper-class women lived better than lower-class women and men on a daily basis.’[2] In other words, no aristocratic woman in Rome who owned hundreds of acres of their own property would ever think ‘Gee, I’d really like to change places with one of those male workers out in my fields. Then I’d really have privilege and power.’ Reality is more complex than that.

A better view of history is one where men and women have clung together in tight family loyalty just to survive. The Feminism not only misrepresents the actual facts with an impressive amount of ineptitude, but it also turns one gender against another in a struggle that is wholly contrived in order to satisfy an ideological itch.

If previous generations of men and women could see how we depict them as part of some cosmic gender struggle, they would half kill themselves with either laughter or irritation. But, sadly, Scripture is the biggest victim here of yet another Feminist misrepresentation of the human story. 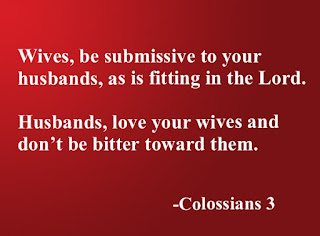 Feminist theology appeals to experience as its starting point. Only then does it go to Scripture. But because it comes with a prepacked set of ideas, it has a proclivity to downgrade passages that don’t fit the narrative. As Thiselton puts it, the ‘appeal to experience prevents it from ever hearing anything that might be uncongenial to it.’[3]

Peter didn’t write what he did because he was too primitive and didn’t want to share the vote with women. That makes for good talking points on a podcast when your opponent is being overly polite and not calling you on things. But it’s inaccurate. Peter gave some instructions to husbands and some to wives by the inspiration of the Spirit. Only rarely does Scripture give instructions to spouses generically. That’s because it expects different things from men then it does from women.


[1] Poverty and Expectation in the Gospels.
[2] Arlandson
[3] Anthony Thiselton, Hermeneutics