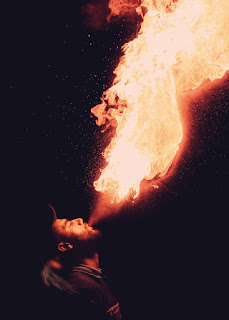 The images it gives of the throne of God and the victory of the Lamb over the beast inspires all the children of God to worship. It is a book that enriches the heart even if it puzzles the mind at times. It is a book where poets have an easier time than systematic commentators. For that reason, when we look at the role Elijah plays in this culmination of redemptive history, we must do so humbly. We are looking at a passage where far greater minds than ours have acknowledged uncertainty.

Most commentators have historically agreed that the two witnesses in chapter eleven are Moses and Elijah. They are described using imagery from Zechariah chapter 4―they burn with God’s fire as they draw oil from the olive tree of His word. They speak words like fire to a rebellious world who mock them and they are faithful witnesses even unto the point of death at the hands of the Beast.

We see that the Beast conquers the two preachers. He kills them and the world gets its clubbing clothes and gets sloshed in celebration. That which is rebellious against God is thrilled at the silencing of the church. Over 300 churches a year close in the UK, and many mockers think it is none too soon. In times and places where the church is persecuted more violently, there are parties on the streets as guns sing into the air when those from among their own clan are executed for embracing the gospel in ‘honour killings’. In the 1950s in China, the Maoist revolutionaries happily threw out all missionaries to squash the small, Christian presence in the nation. The Beast is always at war against the bold witness of the Gospel.

But the church has a stubborn way of not staying dead. It falls into the ground, dies, but then shoots back up again. You know, empty tombs and stuff. When the church seems dead, ‘the breath of God came into them, they stood on their feet and fear gripped those who saw them.’ So it has been throughout history. The Bible is the most attacked book in history, yet it is the best seller year after year. In China when Mao’s revolution was over, the church had multiplied itself many times over and there are currently more Evangelicals there than in any country in Europe.

In Zechariah 4 we also read, ‘Not by might, nor by strength, but by my Spirit says the Lord.’ In the last few decades, we have spent millions to try and reach Britain with the Gospel. But in spite of all our best efforts and marketing, we are worse off spiritually, morally, in overall attendance, in the growth of false religion, in the growing persecution of Christians, and in most measurable ways. Many have been labouring hard, but it can feel discouraging when we get a broad view of things―because it seems the Beast is defeating us.

But he cannot. Not ultimately. We have the Breath of God. His Spirit makes us anti-fragile and this is why we’re going to win. It won’t be because we suddenly get multi million-pound budgets nor because a Christian gets to 10 Downing St or the White House. We’ve had all that and it has done next to nothing. We are going to win because a nameless, faceless army of people like you get sick of sin and compromise in the church and the world. They lock themselves in their room to pray until they are clothed with the breath of God to give and share with those God puts within their reach. No man and no method will get the glory.