The New Masters of the Shame

MY EARLIEST CHILDHOOD MEMORIES of church culture are a cocktail. They're warm ones mixed together with… the other type.

Within that other type are memories of shaming. This wasn't uncommon in church culture in the late 80s. Traditional, and sometimes Christian, morality still had influence. If you held to ideas or behaviours that went against a traditional or churchy worldview, you were looked down upon.

As a lad, I still remember once letting it slip in church that I enjoyed watching wrestling on TV. Some were horrified. Apparently, I had the wrong taste in entertainment and I was supposed to feel ashamed. It was the same when they discovered my taste in music. There was a moral high ground, and my thoughts on what constituted quality entertainment were not far enough up the scale.

It wasn’t just in church. It was also, to a lesser degree, in the culture. I became a Christian as a teenager and was occasionally teased for my sexual morality by other boys. There were times, however, when I was in a private conversation, that some boys would say something to the effect of ‘I know we give you hard time, but really, we admire your moral stance. That takes strength.’

All of this has changed over the last 25 years. The cultural shaping forces have changed. Traditional and church morality no longer have a place of prestige. They have lost the culture war. There is a new morality that is dominant and those who profess its creed are the new Masters of the Shame. These masters, and mistresses, have no qualms about using this bludgeoning tool to discourage opposition. And, hey, shame is always easier than actual debate.

So far, so bad. In practice, the view of sexuality that I held to as a teenager, which won me public teasing but private respect, now gets me only scorn. Those who hold to a Christian view of sexuality or a more traditional morality are not quietly looked up to, but rather publically looked down upon. Instead of Christians accusing ‘sinners’ of wrongthink or wrongspeak, the tables have been turned. Whereas Christians would sometimes be tempted to be silent on moral issues for fear of being made fun of, they now are tempted to silence by fear of being shamed. 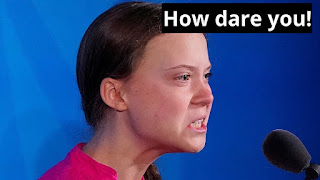 Shaming the social other is what the empowered group does to those who hold views and practices contrary to their own. It is an act of insecurity, fear, and pride. Some traditional Christians were guilty of it in the past and now the new morality is wielding this tool with much enthusiasm in hopes to maintain their newfound influence.

Orthodox Christians need to get used to this. Being in this position is still new to many of us. Some Christians hate being looked down upon so much they compromise historic Christian morality in order to no longer be looked down upon and to be accepted by the cool kids from the pronoun brigade.

Those who resist waving a surrender flag will face, not just teasing as in the past, but shaming. How to handle this moral shame is the lesson much of the church in secular countries are currently learning. Should we be silent and bare it? Should we laugh and poke fun of their attempts to condemn our wrongthink?

We gain confidence knowing that this shaming tactic is not new. Early Christians were often shamed for holding views and practices that went contrary to the morality of the Roman Empire. Christian worship was thought immoral and looked down upon from those high aloft the ethical Roman peaks.  Perhaps this is why there was such an emphasis in their preaching, not just on Christ’s death and resurrection, but on the fact that it was HE who was coming back to judge.

The Christians of the late 80s forgot that only Jesus can and will judge. It wasn’t their place to judge people for watching wrestling, getting tattoos, or listening to heavy metal music. Those doing the cultural shaming two decades into the new millennium are also fiercely judging those who disagree, but they have no basis on which to do so. If we’re all just grown-up germs, who's to say one set of practices is ‘right’ and another ‘wrong’?