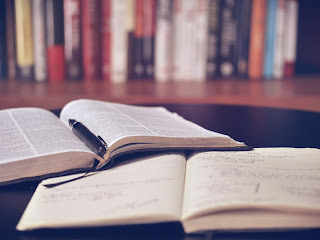 THE EARLY CHURCH EXPLODED from a small group of misfit disciples into the most dynamic and cohesive movement within the Roman empire in just three hundred years. They were the new kids on the block – and they were taking over the place. One early critic was claiming that they had ‘turned the world upside down’ (Acts 17.6).

We could contribute their success to a few factors:

1. They were courageous. They witnessed that Jesus was Lord in the face of persecution.


·
2. They prayed. Without much money, celebrities, or smoke machines, they relied on the power of God.

·   3. They were alternative. They preached a fiercely counter-cultural message against both sexual immorality and greed. They lived chaste lives and gave freely to the poor.
All of these factors were essential to their success. But there is one more factor that is often overlooked…

The early Christians out-thought their opponents
Jesus said that all of our discipleship should revolve around loving him with all of our soul, strength, and mind. When a child grows into maturity, she must learn a number of things: how to walk, talk, eat, read, etc. Similarly, our spiritual maturity must include mature thinking.

What usually happens when one brings up thinking, is that someone else objects to the role of intellectual learning in the life of faith. They do so because on its own, it can’t bring spiritual life. Well, yes. It is true that the devil is a great intellect, yet he is the devil still. I have met theologians who teach in Universities, yet keep mistresses on the side. One can have more degrees than Fahrenheit, yet still have a frozen heart.

Knowing the Bible involves our heads. We need to actually read and study. Can we explain what a given book of the Bible is about, how it glorifies Jesus, and why it matters to our lives. If our brain was the only organ of our body that was active – without kidneys, lungs or other organs operating – we would die quickly. But this does not mean the brain is an optional part. It is also necessary, even if it is insufficient on its own.

The Need for Learning
A lack of Biblical thinking is one of the biggest tragedies – along with prayerlessness – of the modern church. Many Christians have difficulties in discussing issues with Atheists and people of other faiths, not because the other worldview is superior, but because the Christian hasn’t studied what Scripture says on the many issues we face in our society.
Playing it stupid doesn’t help us reach our world.

The early church placed a premium on learning. Wherever the gospel went, the public reading of the Scriptures was emphasised along with discussion. Early Christians are largely credited with the development of the book. Previous to the book, people used scrolls. But scrolls are more difficult to handle when one is doing study and trying to flip from one section to another.

Wherever missionaries have gone, they have started schools and libraries. Literacy for both boys and girls has followed on the heels of the gospel. This is especially true of the Protestant branch of Christianity which emphasises the need to study the Scriptures for yourself.

We come to the Bible hungry to learn and to be changed. This is not just abstract knowledge, but stuff to be lived out. We do not look primarily for good advice in order to better ourselves. Rather, we look for the Good News about God acting in history to save us – culminating in the life, death and resurrection of Jesus.

Jesus, the Learner
Jesus is not only the great theme of the Bible, but he is also the perfect model of a learner. He learned about the world he lived in. He understood his culture: the beliefs of the Sadducees, Romans, and Pharisees. He knew where they were correct, and where they erred.

And he also understood and loved the Scriptures. The one thing we know about his youth is that he was found in the temple, asking questions. If he took the time to ask questions and learn, how about us?

Jesus received every part of it as the very words of his Heavenly Father to be meditated on. He did not see the Old Testament as being cruel or irrelevant in any way. He was constantly quoting from it – as he does in the Sermon on the Mount. When he died, he died quoting Scripture.

Jesus lived and bled the Bible.

If we claim to be followers of Jesus, but treat the Scriptures with a different attitude than Jesus did, we are being hypocritical and intellectually dishonest. There are varying parts of Scripture that will be challenging to people of different cultures. But we must learn to take our Bibles like we take our whisky: straight up. If there are things the Bible says that bother us, we need to spend more time trying to understand why Scripture says what it does.

If we want to live the type of life Jesus did, we must engage the Scriptures in the way Jesus did: with a desire to understand, be strengthened by, and obey them. When we do this and commit ourselves applying what we learn to the world around us, we prepare ourselves to be disciples who can turn the world upside down.