What is the The Girl and the Guardian? 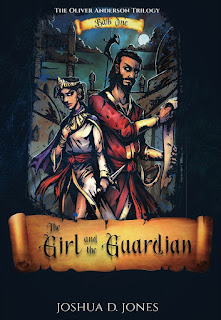 THE GIRL AND THE GUARDIAN (GG) is the first book in the Oliver Anderson trilogy written by Joshua D. Jones. This series of books was launched to teach adults and young adults about some of the stories of redemption in the old testament.

GG is fast-paced and its genre is Biblical fiction. This genre is currently best illustrated by the popular internet series of ‘The Chosen’, a video series that gives imagined backstory to many of the events recounted in the Gospels while being faithful to the events as historically recorded. Likewise, GG seeks to provide backstory and fill in the blanks of the Esther narrative while remaining faithful to what is authoritatively recorded in the canon of Scripture.

GG is also a split-time novel. The chapters alternate between the modern-day and 5th Century BC Persia. In the modern-day, we find a Scottish grandfather who is a believer retelling the Biblical epic to his unbelieving grandson, Oliver. If the chapters set in Persia are meant to help the Biblical story come alive, the ones set in Scotland are there to provide theological reflection and application. One of the key themes running through both sets of storylines is Luther’s theology of beauty which he frames around Christ’s atonement on our behalf. The Esther narrative is told in such a way that illustrates this doctrine and the dialogues between Oliver and his grandfather discuss it more directly.

Many modern retellings of Esther tend to remake the story into a 20th/21st Century romance. This book does not do that. It doesn’t seek to baptise the story in rose petals. While GG does not deliver any gratuitous violence or sex, it does not shy away from the darker themes this book of Scripture and can have a feel that one early reviewer described as “more Game of Thrones than Veggie Tales.” Generally, we advise that the age for reading is at least thirteen or older.

The second book in the series is due to come out in early 2021 and focuses on the lives of Judah and Tamar as recounted in the book of Genesis.

Get your copy of The Girl and the Guardian on Amazon (HERE) in a quality hardcover, paperback or kindle version.